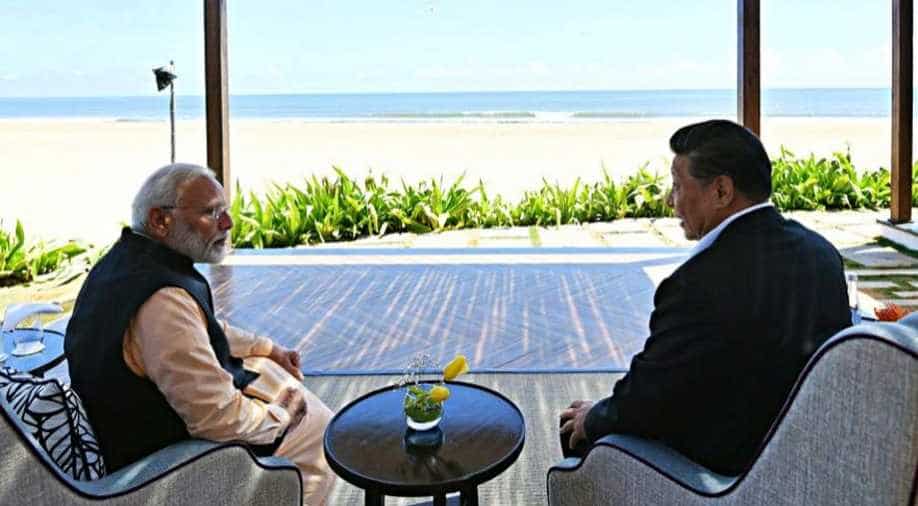 Indian Prime Minister Narendra Modi and Chinese President Xi Jinping met in Mallabarapuram near Chennai during their second informal summit a week ago.

Prior to the summit, there were speculations that the Kashmir tension would dominate the summit. Days before the summit, China and Pakistan issued a joint statement saying, "Paying close attention to the current situation in J&K.” " The Kashmir issue is a dispute left from history, and should be properly and peacefully resolved based on the UN Charter, relevant UNSC resolutions and bilateral agreements,” the statement added.

The foreign ministry had rejected the statement. "India’s position has been consistent and clear that J&K is an integral part of India. It is not for other countries to comment on the internal affairs of India,” the MEA statement said.

India also expressed concerns over China-Pakistan-Economic-Corridor that travels through the parts of Kashmir occupied by Pakistan.

China-Pakistan's joint statement had complicated the situation for India and China. However, the summit helped ease the tensions between both the countries after all the developments surrounding Kashmir.

Contrary to the speculations, the Chinese President did not raise the issue at the two-day summit. Both leaders maintained that it was important to deal with the challenges of terrorism and radicalisation in an increasingly complex world. They also discussed matters related to trade and the economy.

Beijing, the all-weather ally of Islamabad, had initially backed Pakistan over the Kashmir issue.

However, it now urged India and Pakistan to resolve the issue through dialogue, dropping the statement China had earlier made about resolving the conflict in accordance with the UN Charter and UN Security Council resolutions.

Both leaders decided they will not allow differences to become disputes. In line with the 'Wuhan Spirit' and the 'Chennai Connect', they agreed to continue this practice in the future.

Earlier, US President Donald Trump too endorsed PM Narendra Modi at the Howdy Modi event in America. PM Modi had slammed Pakistan indirectly, saying they shield and nurture terrorism. He also spoke about the abrogation of Article 370 and how the decision has irked Islamabad.

His comments were acknowledged by Trump who said that both India and the US were committed to "protecting innocent civilians from radical Islamic terrorism".

Pakistan has been crying foul over India's decision to scrap Article 370 which gave special status to Jammu and Kashmir. Imran Khan and other ministers of Pakistan had even threatened India with a Nuclear war for weeks.

Khan had raised the issue at several forums following the abrogation of Article 370 seeking the intervention of global leaders, but most leaders supported India calling Kashmir a bilateral issue between the two neighbours.