'Gunjan Saxena' to 'Angrezi Medium': How winds are changing for the patriarch in Hindi cinema 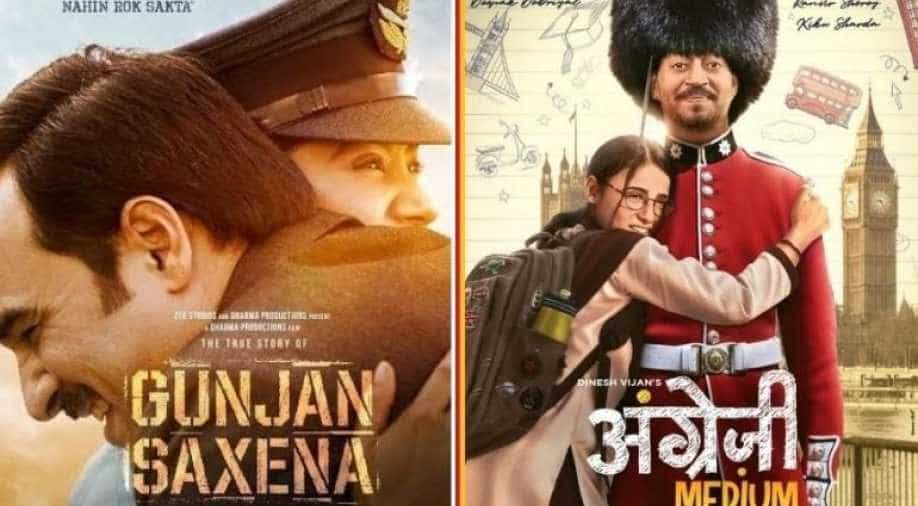 While motherhood has been constructed and reconstructed several times in Hindi Cinema, when it comes to fathers, the deconstruction of the image has always been scattered and rare until recent years.

Remember the days when the role of a heroine's father was limited to marry her off, kidnap or beat up the hero, lock her up or make her realise that her actions are critically scrutinised by society? Well, clearly the '90s was a different era and in 2020, looks like the Hindi film industry is making the audience familiar with a different kind of a patriarch. A father who is vulnerable, soft, and kind towards his daughter; a father who fights with his daughter for her own ambition; a father who is in support of his daughter's every decision and gives her freedom to make her own choices in life; a father who is close to the figure you and I have in the house.

After watching Gunjan Saxena recently, I couldn't help but relate to the sensitivity with which the bond between the father and the dreamy daughter was depicted. How being a patriarch, and a part of the rigid defence forces, paved the way for his daughter whose only aim was to fly in the air. Unfortunately, he does see a disappointment in his son, who despite having a feminist role model at home, falls into the pit of patriarchy. He is the wind beneath Gunjan's wings, he never overpowers her narrative or forces her to follow her dreams, but gives a polite nudge in the direction where she wants to be. Just the 'kind motivation' you need. 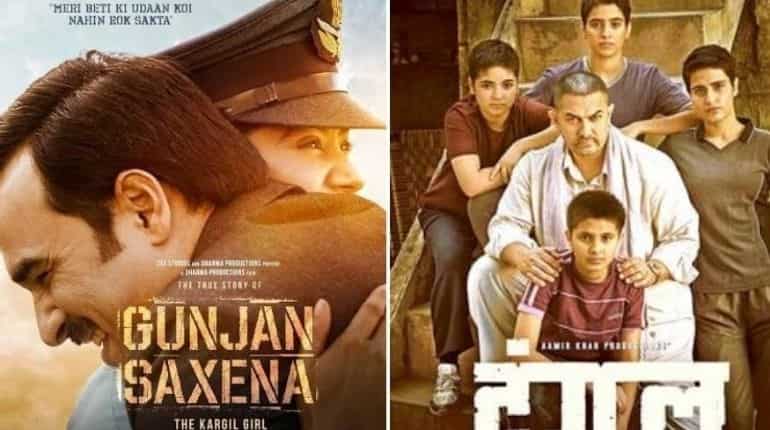 In comparison, one can say 'Dangal's' Mahavir Singh Phogat's tough feminist walked so that Anup Saxena of 'Gunjan Saxena' could run. Unlike Saxena, Phogat walked a thin line of imposing his ambition on his daughters and thus forcing them to find happiness in a path that he carved and desired for them. He used the trope of the imbibed cultural notion of 'parents know the best' with 'daughters are no less' and gave the perception that appeared like feminism but lacked depth. Nonetheless, what he lacks, was taken up and polished by Anup Saxena.

Another film in 2020 that made headlines for its progressive approach was Anubhav Sinha's 'Thappad', the beautifully crafted film showed a very sentimental father (played brilliantly by Kumud Mishra) standing side-by-side with his daughter as she discovered her worth in a 'happy marriage' after an unfortunate incident. He is the father who would've given his '90s counterpart a heart attack. He is unapologetic, holds the husband responsible and reminds Amrita of building a life which she gave up on her own post-marriage. Again, in no way is he dramatic about what happened, doesn't go and slap the husband for mistreating his daughter or goes to the police to file the complaint. He just gives Amrita space and support, like an adult, to figure out her decision. 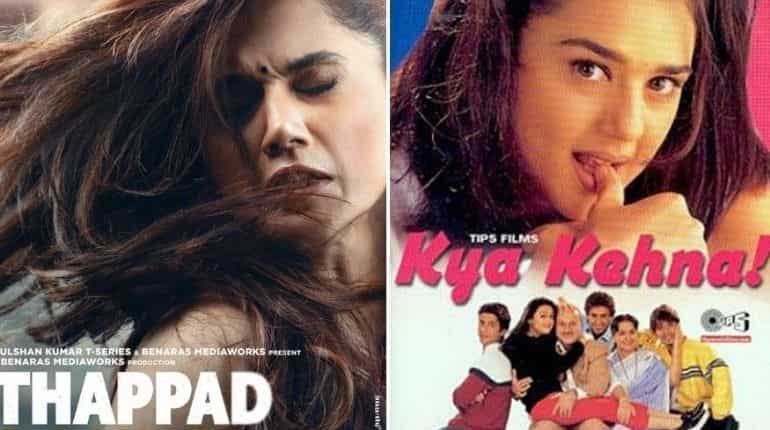 Similarly, ‘Kya Kehna's Gulshan Baxi, embodied the character of a somewhat supportive father. Though initially, he does dismiss his unmarried daughter for being pregnant, runs to the boy's house to plead him to accept his daughter and the unborn child and thinks about 'samaj kya kahega', but learns to accept his daughter's bold decision eventually, gives her space and comfort and becomes her home during the tumultuous time. He gave an empty structure to 'Thappad's' Sachin Sandhu, which the latter filled with a better conscious and correct approach

The third film which beautifully embodied the banter-esque relationship between a father and a daughter is the late Irrfan Khan-starrer 'Angrezi Medium'. The heartfelt film sees Tarika Bansal (played by Radhika Madan) dreaming about studying in London and his father Champak Bansal (played by Irrfan Khan) going to great lengths to make his daughter's dream a reality. He sells off his legacy to see her daughter fulfil her dream, his daughter's dream becomes his own and he embodies the image of a sacrificial parent, normally associated with the mothers in Hindi cinema. 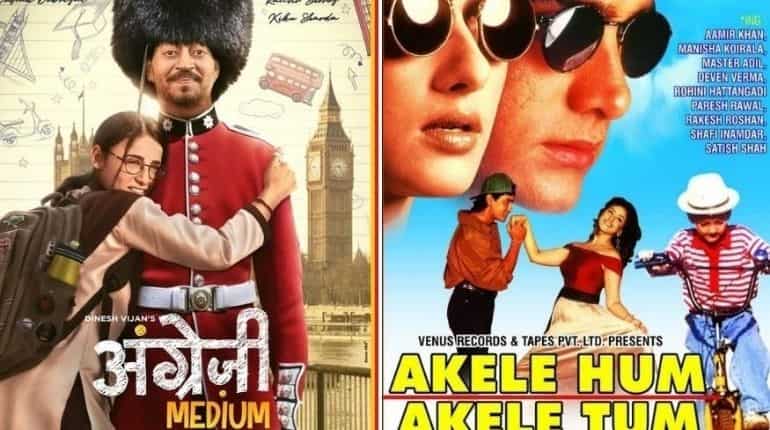 Another single dad who sheds the expectations of the society and dedicates his life solely to his child is Rohit Kumar from 'Akele Hum Akele Tum' (played by Aamir Khan). Now calling Rohit a feminist wouldn't be right as he struggles with his wife's decision to leave the family to pursue her dream, but he did shatter the expected mould of a rigid father when he gets down to the nuances of caretaking. Now the term, 'benevolent sexism' is apt for the imagery of fatherhood showcased in the film, where the mere task of being there for his son in absence of his mother is seen as empathy and 'path-breaking' for a father to do. However, considering the time, Rohit did form a loose structure, nurtured, strengthened and taken to a progressive front by Champak Bansal in Angrezi Medium.

While motherhood has been constructed and reconstructed several times in Hindi Cinema, right from the '50s ('Mother India', 'Aradhana' and more), when it comes to father, the deconstruction of the image has always been scattered and rare. Post-2010 has seen films like 'Dil Dhadhkne Do', 'Piku' and more where fathers break the stereotypes essayed by the likes of Alok Nath and Amrish Puri (and no in-betweens). Unlike mothers, the interpretation of fathers' role is often if not only, seemed limited to a child's career or upholding of social expectations. What binds the three father-daughter films released this year is the sentiment of remorse and apologetic approach by the father towards the years of suppression faced by the women of the household. In all three films, fathers at some point tell their daughters about the role of their mothers and how they killed their dreams in order to be the perfect wives and mothers according to the patriarchy. Now, this is no coincidence that all three films have been directed by men and if the men in the director's chair are making a conscious effort to get into the root cause of everyday household patriarchy and aiming to change the system, something good is brewing in the heart of the industry.

Here's an ode to on-screen fathers who resemble our own old men in the house, cheering, supporting and bantering with their daughters and treating them as individuals rather than the custodian of their and their families' 'izzat and maryada'. 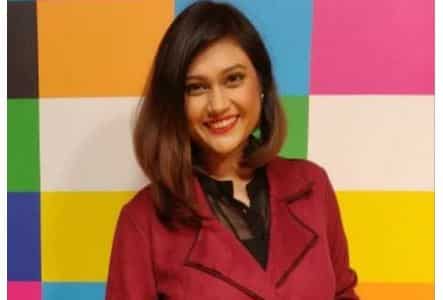