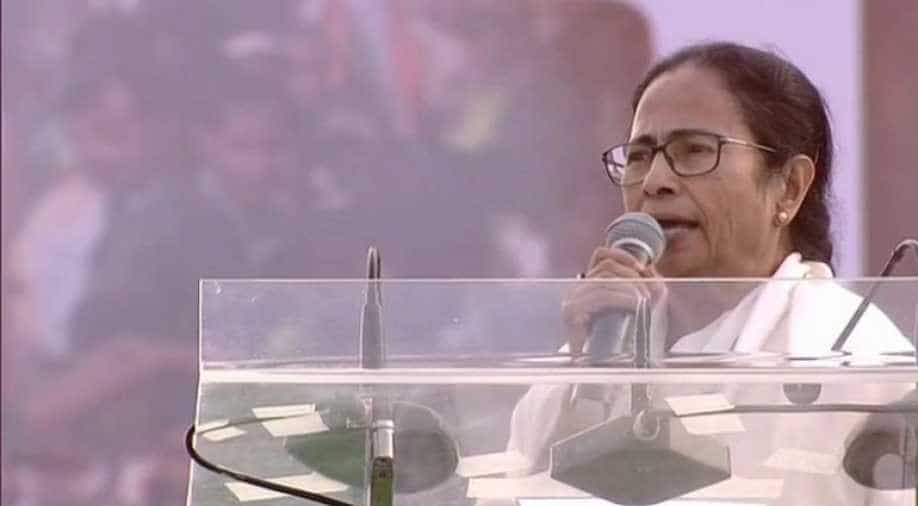 Mamata the firebrand opposition leader and Chief Minister of Bengal has written more than 80 books. She also writes a song.

Mamata takes her pen this time to fight for democracy that's what her admirers are saying as today she penned down a poem whose essence is Key to democracy.

The name of the poem is "Key".

Her 18 lines poem stresses on the need to uphold democracy in today's perspective.

She questions how present regime as locked everyone's lips and how this system is embarrassing democracy.

She also stresses that this attitude of axing democracy will get blow one day.

Mamata the firebrand opposition leader and Chief Minister of Bengal has written more than 80 books. She also writes a song.

Party insiders state that ' Didis writing inspires us to move ahead.'

Interestingly this poem of Mamata is penned down just before Mamata starts for Delhi for opposition s dharna.

This is the first time when uploaded her handwritten poem on Twitter and her poem in social media is a big hit.

Her target is Modi everywhere from Poems to slogan Mamata wants to hit out Modi from every aspect.

Out on parole, prisoner tests positive for COVID-19 in Maharashtra