Watch: Man forced to marry girl at gunpoint in Bihar 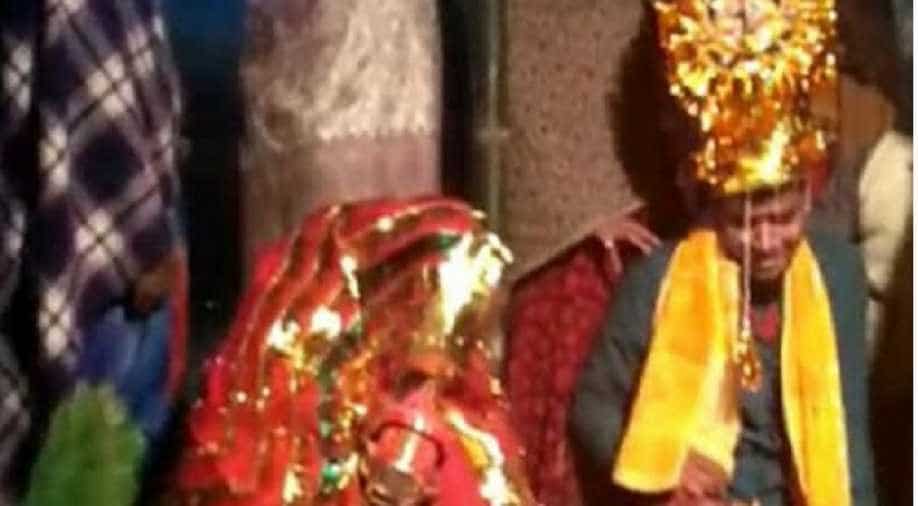 Upon Kumar's refusal to marry the girl, one of the relatives said 'we are only performing your wedding, not hanging you.' Photograph:( ANI )

In a bizarre incident, a man was forced to marry a girl at gunpoint after her family reportedly kidnapped him in Bihar.

Twenty-nine-year-old Vinod Kumar, an engineer, had come to the city to attend a wedding when he was picked up by a mutual friend and taken to a remote area where he was beaten up.

A video clip of the marriage has gone viral. The clip shows Kumar being forced to marry the girl while he cries in denial and resists.

He can be seen dressed as a groom beside the bride and her relatives, who continued to convince him.

Upon Kumar's refusal to marry the girl, one of the relatives said: "We are only performing your wedding, not hanging you."

According to media reports, Vinod told the media that one of the bride's relatives pointed the gun at him and even beat him up.

The steel engineer said he was then held captive overnight before getting across a message to his brother who called the police.

The police reportedly told the boy’s family to lodge an abduction case at Mokama, Patna, because the alleged abduction took place there.

Ever since the incident, Vinod’s family has been getting threat calls asking him to accept the girl forcing them to seek police protection.

His allegations are being investigated by the police.