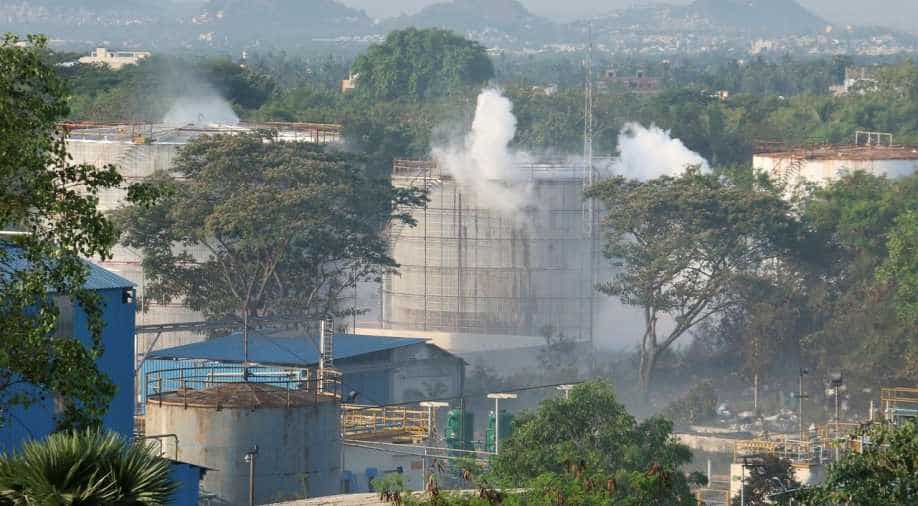 A bench of the NGT, headed by its Chairperson AK Goel, on Monday directed the Chief Secretary to take appropriate actions within two months and file a report on the matter. It has been listed for further hearing on November 3.

The National Green Tribunal, while hearing the matter pertaining to the Visakhapatnam gas leak incident, has directed Andhra Pradesh Chief Secretary to identify and take appropriate actions against persons responsible for the failure of law in permitting the company to operate without statutory clearances.

A bench of the NGT, headed by its Chairperson AK Goel, on Monday directed the Chief Secretary to take appropriate actions within two months and file a report on the matter. It has been listed for further hearing on November 3.

The tribunal also directed the Ministry of Environment, Forests and Climate Change (MoEF&CC) that it may also constitute an expert committee to suggest ways and means to revamp the monitoring mechanism to check and prevent violation of environmental norms and preventing any such recurrence in future in any of the establishments dealing with hazardous chemicals.

The NGT has asked the ministry to file an action taken report within three months.The bench directed that the Rs 50 crores deposited by the company with the District Magistrate, Visakhapatnam will stand appropriated towards part liability and interim compensation to be spent for restoration of the environment and compensation for the victims in accordance with the restoration plan to be prepared.

"Restoration plan may be prepared by a committee comprising two representatives each of MoEF&CC, Central Pollution Control Board and three representatives of the state government to be named by the Chief Secretary, including the District Magistrate, Visakhapatnam, and such other concerned departments within two months from today.

MoEF&CC will be the nodal agency for the purpose," The NGT said."Final quantification of compensation may be assessed by a committee comprising representatives of MoEF&CC, CPCB, and NEERI (National Environmental Engineering Research Institute). The said Committee will be at liberty to associate/co-opt any other expert institution or individual," it added.

The green tribunal also said that the Secretary of Ministry of Environment, Forests, and Climate Change may ensure the constitution of such a committee within two weeks and the committee may give its report within two months thereafter.

The NGT had taken suo motu cognizance of the May 7 gas leak incident at LG Polymers chemical plant in Visakhapatnam, in which 11 people had lost their lives, and damage was caused to environment and habitat.