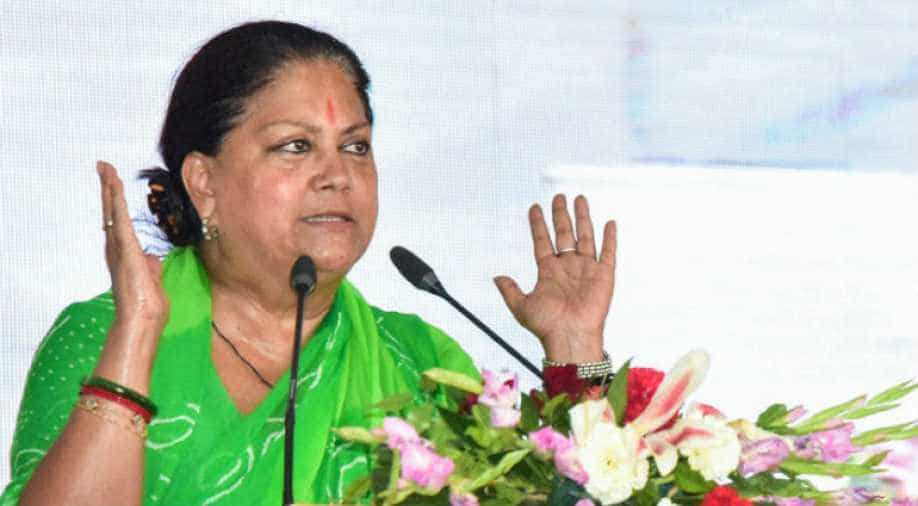 A video of Yadav was circulated on social media, with many labelling his comments crass and misogynistic.

Rajasthan Chief Minister Vasundhara Raje on Friday demanded action against former JD(U) leader Sharad Yadav for body shaming her during an election rally, saying she felt insulted by his comments and the Election Commission must take cognizance.

Yadav made the personal comments, calling Raje fat and asking people to give her rest, while addressing a rally in Alwar on the last day of campaigning in Rajasthan on Wednesday.

"I feel insulted. This is the insult of women," Raje told reporters in Jhalawar, adding that she was "absolutely shocked" and did not expect such a comment from an experienced leader.

Raje, who is fighting for another term in office, said the leader who had close relations with her family could not control his language.

"It is important," the chief minister asserted, "that the Election Commission takes cognizance of this and sets an example so people don't repeat such a thing in future."

A video of Yadav was circulated on social media, with many labelling his comments crass and misogynistic.

Yadav was campaigning for the Loktantrik Janata Dal in Alwar district's Mundwar constituency, one of the five seats where the Congress has entered into an alliance with various parties.

Raje's sharp response to Yadav's remarks came on a day the state is voting for a new assembly. The votes will be counted on December 11.