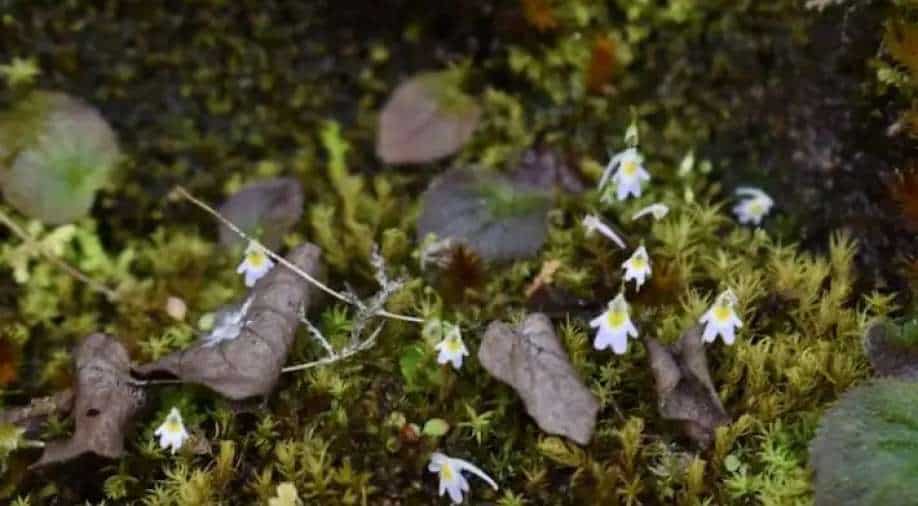 Utricularia Furcellata was found in Uttarakhand's Mandal valley, Chamoli district, at an altitude of 4,800 feet

The forest department officials in India’s snowbound Uttarakhand state have discovered an ultra-rare carnivorous plant in the western Himalayan region for the first time.

The plant called Utricularia Furcellata was found in Uttarakhand's Mandal valley, Chamoli district, at an altitude of 4,800 feet by a team of the Research Wing of the Uttarakhand forest in September 2021.

The plant was last seen in the country in northeastern Meghalaya state in 1986.

The discovery has been documented in the prestigious ‘Journal of Japanese Botany’, which is a 106-year-old journal on plant taxonomy and botany.

“It is the first sighting of the plant not only in Uttarakhand but in the entire western Himalayan region,” Chief Conservator of Forest (Research) Sanjiv Chaturvedi told to PTI news agency.

Carnivorous plants which generally grow on poor nutrient soil have aroused new interest in the scientific community across the world because of their potential medicinal benefits, the official said.

The plant belongs to a genus, commonly known as bladderworts, which uses one of the most sophisticated and developed plant structures for trap and its targets range from protozoa to insects, mosquito larvae and even the young tadpoles.

This discovery comes as a part of a project study of insectivorous plants in Uttarakhand.

However, the species face threat due to heavy biotic pressure because of being at a tourist spot.

Its operation is simply based on a mechanical process, that is by creating a vacuum or negative pressure area to draw prey inside the trap door. These plants are mostly found in fresh water and wet soil.

This was the first such comprehensive study in the State and so far, around 20 plant species belonging to the genus Drosera, Utricularia and Pinguicula have been found.