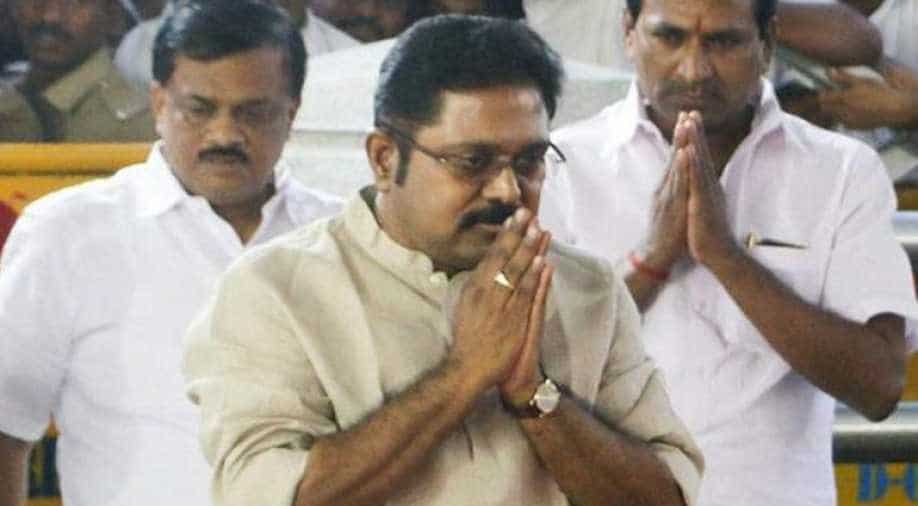 Dinakaran was involved an open feud with top AIADMK party officials - E K Palaniswami-O Panneerselvam(EPS-OPS) over the "two leaves" symbol which was eventually granted to the EPS-OPS faction by the Election Commission.

"Amma Makkal Munetra Kazhagam will be the name of my party," TTV Dinakaran told supporters at a large public rally in Madurai.

Dhinakaran, who has the support of several dissident party workers and leaders, said the new outfit would capture power in the state and unveiled the party's flag, which features the image of a smiling Jayalalithaa in the middle.

The flag is black on top and red below with white in the middle.

"We will win all upcoming elections from now by using latest name and party flag, we will also try to retrieve the two leaves symbol, till then will use cooker symbol," Dinakaran declared as the large crowd cheered.

Former ministers V Senthil Balaji and P Palaniappan, senior leaders such as S Anbazhagan, disqualified MLAs and Dhinakaran loyalists, including P Vetrivel, and Thanga Tamil Selvan, were among those who participated at the event.

Speakers at the meeting lambasted the Chief Minister K Palaniswami-led regime and said it comprised betrayers.

Vetrivel presented a "veera vaal," (a spear) to Dhinakaran before he announced the party name.