This Indian firm to deliver 8,000 agro, mapping, and inspection drones to UAE, Malaysia, and Panama 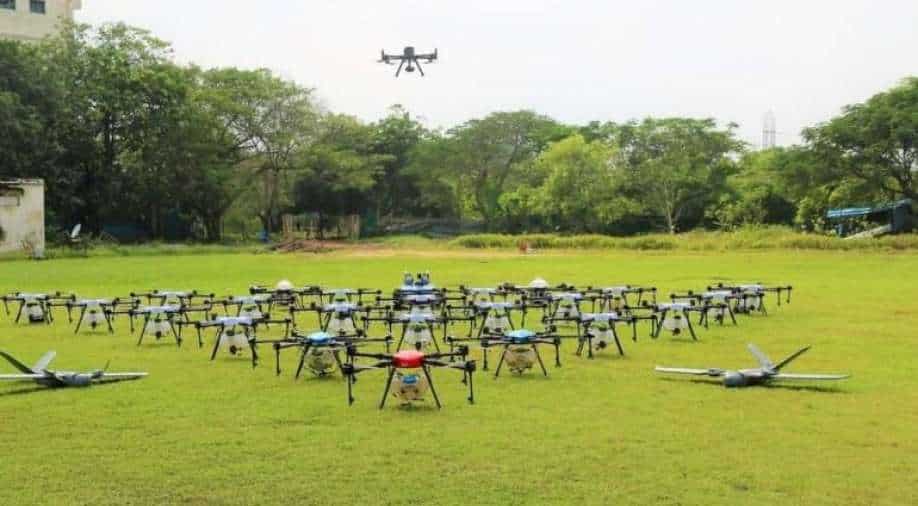 Apart from these drones, which will be delivered to clients in the United Arab Emirates, Malaysia, and Panama, the company is also working on fulfilling contracts from Indian government and private entities.

Besides these drones that will have to be delivered to clients across the UAE, Malaysia, and Panama, the company is working on fulfilling orders with Indian government-run and private entities.

WION spoke to Agnishwar Jayaprakash, the Founder and CEO of Garuda Aerospace, to understand how the company is scaling up capacity to meet the demand.

Garuda’s drones recently completed mapping of over 1000 villages for Survey of India - Lucknow, Uttar Pradesh as part of Indian Prime Minister Narendra Modi’s Swamitva scheme, which aims to provide digital records of land ownership. When queried about the pace at which this was done and the scale of operation, Agnishwar explained that a single drone was able to map five villages (each measuring up to 3 sq km) in a day and that they had deployed a sizable fleet to map 1000 villages in a month. Their work involved not just aerial mapping, but also providing the final output of processed map data.

Their work for clients in India includes services such as pipeline inspection for Indian Oil Corporation Limited, the National Highways Authority of India Surveillance Project (to monitor highway construction) and catering to the mapping and topographical survey needs of energy companies like Reliance, Adani, Vedanta, and Tata projects, among others.

On the steep target of having to deliver 8,000 drones to foreign clients by March 2022, Agnishwar said that the company has ramped up manufacturing capacity by opening two new facilities. "Earlier, we could churn out up to 30 drones per day from our lone Chennai facility, but with the new units in Gurgaon and Hosur, we can produce up to a total of 100-150 drones a day. We had the opportunity to invest and expand this way owing to the new orders and encouraging revenue, " he added.

According to Agnishwar, selling agriculture and mapping drones to foreign countries would mean that Garuda would have to setup an assembly facility and provide support services in the respective countries, as well. "They will give us the land and manpower support. We’ll send a small team, parts, tools, and equipment to supervise and provide training.

While he does admit that delivery of all 8,000 drones by March 2022 is an aggressive target, he hopes to enable delivery of a significant portion of the order within the deadline.