The 'Left' and 'Right' of politics: What's left in 'Left' after North-East drubbing 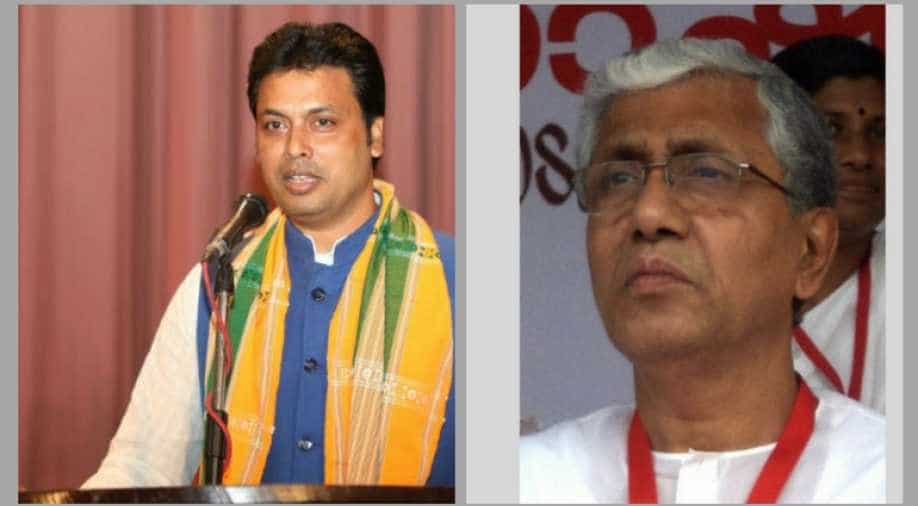 The recent assembly elections in the North East have seen a huge change in the political landscape of the region. The election results marked the entry of the right-wing power in the state, replacing the long-established hold of Left.

But what exactly do we mean by 'Left' and 'Right' while discussing politics? The terms originated in France during the French Revolution in 1789 when the members of the National Assembly were divided into two groups.

One supported the king while the other opposed the order of the day. The supporters of the contemporary political system used to sit on the right side of the President while the opposition sat to his left and sought revolution by disrupting the existing system.

The seating arrangement of the two groups was not accepted by the loyalists of the kings, whereas the left appreciated the different seating seeing it as a move of change.

By 1914, the terms were widely used to describe political positions and parties.

In his book, The Web of Government (1947), Scottish sociologist Robert M Maclver has mentioned Right ideological politics as always associated with the interests of the upper or dominant classes, while the Left sector caters to the lower economic and social classes.

The major front of the Left politics in India is occupied by the Communist Party of India (CPI). The party was founded on December 26, 1925, at the first Party Conference in Kanpur.

However, the Communist Party of India (Marxist) (CPIM), which is now separated from the party (CPI), believes its foundation year as 1920 in Tashkent, Turkestan Autonomous Soviet Socialist Republic.

In the recent years, the CPI has witnessed a massive defeat. It secured a single seat out of 545 seats in the 2014 Lok Sabha election. Following this, the Election Commission had issued a letter asking the party “why its status as the national party should not be revoked”.

The party which was the major opposition in 1952, after the very first general elections in Independent India, has now reduced to a single state presence in Kerala.

It ceded its control over West Bengal in 2011 after ruling the state for nearly 30 years including its current loss in the Left bastion of North East.

In 2008, it drew support from the United Progressive Alliance after UPAs decision to join US-Indian peaceful Atomic Energy Cooperation Act. It also opposed the setting up of private industries in Kolkata

The Bhartiya Janata Party, founded in the 1980s, gained prominence in the country with its support to the building of Ram Mandir in Ayodhya.  The ideological inclination of the party clearly demarcates it as a 'right-wing' political party. Until the advent of the BJP, the parties ruling the county had either 'Centrist', 'Left to Centre' or a complete 'Leftist' stance.

Over the years, BJP has shown an aggressive stand on religion, nationalism, support for traditional society and culture. It has never tried to gather minority votes by following appeasement policy of religious minorities. The BJP has always demanded equality for all, including the majority community.

In the recent assembly elections in the North East, the BJP swept to power evicting the Left front in Tripura which ruled the state for 25 years. Tripura was one of the few Left-led havens in India. However, the massive mandate with which the right-wing tore apart the strong presence of the Left government questions the future of Left politics in India.

Will the Left make a strong comeback or soon become history in Indian politics is a question only they can answer.