Tamil Nadu minister: Nobody can shake AIADMK as long as Modi supports party 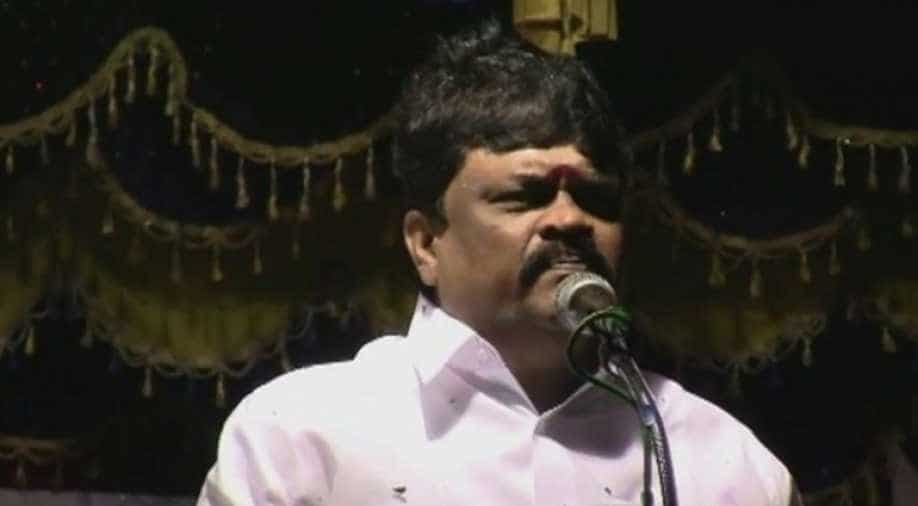 'The symbol will come to EPS camp... There is no doubt about it,' Tamil Nadu dairy minister KT Rajendra said. Photograph:( ANI )

Tamil Nadu Minister KT Rajendra has said "nobody can shake" the AIADMK as long as Prime Minister Narendra Modi "supports the party."

"The symbol will come to EPS camp...There is no doubt about it," PTI quoted him as saying.

The minister was addressing a party meeting in Andipatti, at which PTI quoted him as saying that "as long as 'Prime Minister is with us, nobody can shake our party...nobody can destroy AIADMK."

He also said that no one could oppose the ruling AIADMK, including the DMK.

And claimed that 92 per cent of general council members supported the Palaniswami camp.

On March 23, the election commission had frozen the name AIADMK and its election symbol after the factions led by Sasikala and former chief minister O Panneerselvam staked claim to it ahead of the RK Nagar bypoll, brought about by the the death of party supremo J Jayalalithaa.

Panneerselvam was made deputy CM after the merger.

A third faction of the AIADMK is led by TTV Dinakaran.

Dinakaran is Sasikala's nephew, who had taken over the party after Jayalalithaa's death.

The ouster of Sasikala and her family members from the party had been one of the conditions put down by Panneerselvam for the merger of his faction with that of Chief Minister Palaniswami.