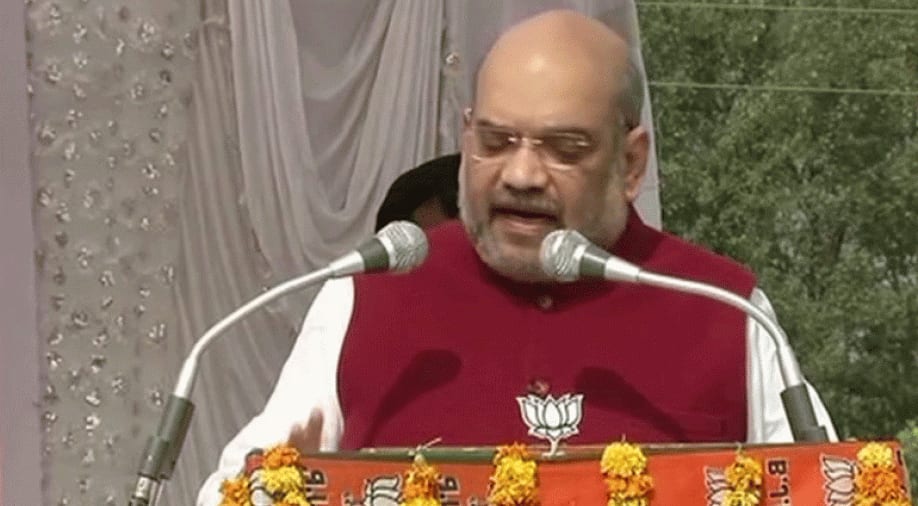 Amit Shah is on a five day tour of Himachal Pradesh

Ahead of the upcoming assembly elections in Himachal Pradesh, BJP chief Amit Shah, who is on a five-day tour of the hill state, addressed a rally in Kangra district.

On Sardar Vallabhbhai Patel's 147th birth anniversary today, the BJP president said the freedom fighter should have been the first recipient of Bharat Ratna, the country's highest civilian award.

"There was a question to give Bharat Ratna to Sardar Patel. I think that if there was anyone who should have been awarded Bharat Ratna first, it would be Sardar Vallabhbhai Patel," Amit Shah said.

The first recipients of the Bharat Ratna were politician C Rajagopalachari, former president S Radhakrishnan, and scientist CV Raman, who received the award in 1954.

Sardar Vallabhai Patel died in 1950 before the award was instituted. The Bharat Ratna was bestowed upon him posthumously in 1991.

The BJP President also highlighted the contribution made by Sardar Patel at the time of independence and said he "unified all principalities and worked to make one united India."

"After independence, Britishers wanted to divide the country in more than 300 principalities. We got independence, whole world believed; even people had questions what would happen to the country now. Will this country be divided? But Sardar with his patience unified all principalities and worked to make one united India. It is because of this, our country is developing today."

The birth anniversary of Sardar Patel is being celebrated across the country as 'Rashtriya Ekta Diwas' (National Unity Day).

Amit Shah also criticised the Virbhadra Singh-led Himachal Pradesh government for the rape and murder of a teenage girl in Shimla's Kotkhai area in July.

"I want to ask the chief minister who is responsible for what happened to the little girl in Shimla," Amit Shah said.

The Himachal Pradesh assembly elections will take place on November 9.