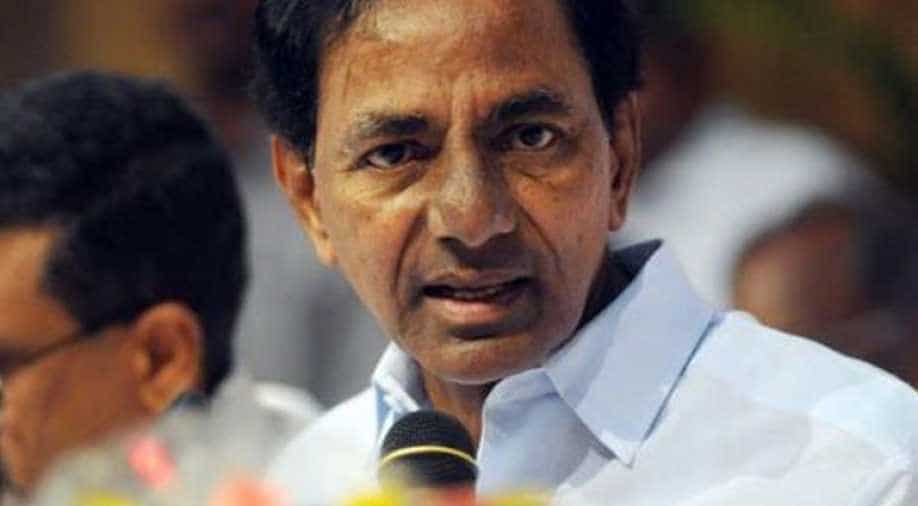 'I can say certainly that there is a dire need for unification of regional parties in the country. We strongly believe that there has to be an alternative to the Congress and the BJP,' KCR said Sunday.

Telangana Chief Minister K Chandrasekhar Rao Sunday met his Odisha counterpart Naveen Patnaik and emphasised a "dire need" for the unification of regional parties to provide an alternative to the Congress and the BJP ahead of the 2019 general elections.

The meeting between the two leaders assumed significance amid talks about efforts on the formation of a new political front of like-minded, non-BJP and non-Congress parties to take on the national ones in the upcoming polls.

"I can say certainly that there is a dire need for unification of regional parties in the country. We strongly believe that there has to be an alternative to the Congress and the BJP," Rao told reporters after meeting BJD president and Odisha Chief Minister Naveen Patnaik here.

Both the chief ministers had a detailed discussion on national issues, including the need for "better friendship among regional parties", Patnaik said.

"This is just the beginning of a dialogue... We will meet again and discuss how to take things forward," Rao said.

After an impressive victory of the Telangana Rashtra Samithi (TRS) in the state assembly poll, Rao has embarked on a journey to bring together anti-Congress and anti-BJP parties for next year's Lok Sabha polls.

The TRS chief is scheduled to meet West Bengal CM Mamata Banerjee in Kolkata on Monday.

Senior Congress leader and the party in-charge for Telangana,
Ramachandra Khuntia alleged that Rao's meeting with Patnaik is part of a game plan to weaken the proposed "Mahagathbandhan" (grand alliance) among non-BJP parties.

The Telangana CM has been acting at the behest of the saffron party and the NDA to dilute efforts of like-minded, non-BJP parties for formation of a grand alliance before the general elections, Khuntia claimed.

Union Minister Dharmendra Pradhan said Rao's visit will have no impact on the BJP's electoral prospects as "zero added to zero will have no value".