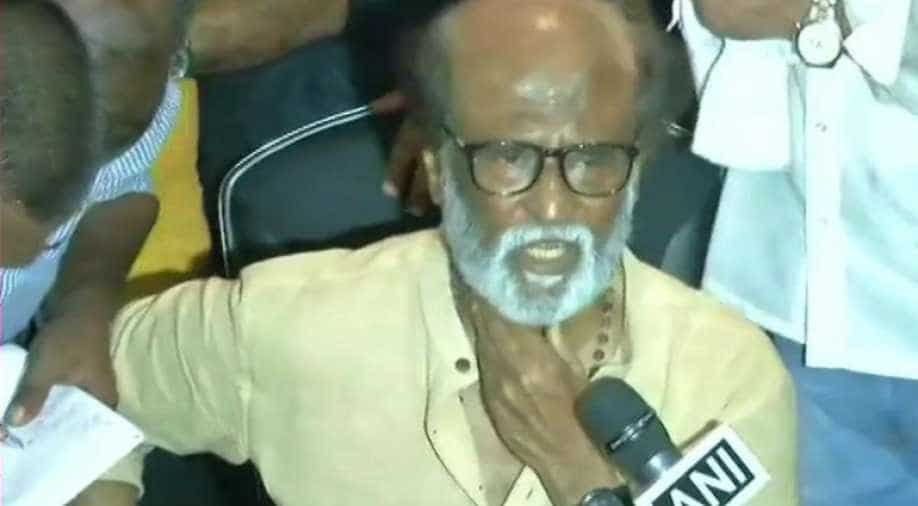 Speaking to reporters after the meeting, Rajinikanth said that he, 'visited Vijayakanth to inquire about his health and wish him well'.

Rajinikanth paid a courtesy visit to actor-turned-politician Vijayakanth who returned to Chennai last week after receiving treatment in the United States. This comes at a time when the AIADMK and Congress are said to be making attempts to rope in the Vijayakanth-led DMDK into their fold.

Speaking to reporters after the meeting, Rajinikanth said that “I visited Vijayakanth to inquire about his health and wish him well. When I was unwell, Vijayakanth was the first to meet and greet me. There’s not even an iota of politics in this meeting and I have clarified my plans earlier," he added.

After announcing his intention to foray into Indian politics in late-2017, expectations have been high regarding Rajinikanth’s announcement. However, Rajinikanth recently issued a statement, saying his party would not be contesting the 2019 Lok Sabha polls, and that their target would be the Tamil Nadu Assembly Polls. However, Rajini’s statement urged the public to think and decide wisely about a party that could solve Tamil Nadu’s water woes and vote them into power.

In the last few days, Union Minister Piyush Goyal and former Tamil Nadu Congress Chief Thirunavakkarasar paid a visit to the DMDK supremo at his residence. Piyush Goyal stated that his visit was on account of a personal relationship with an old friend, but Thirunavakkarasar said that they had a conversation about elections, related developments and that he expected the captain to take a good decision.

This morning, Vijayakanth’s party issued a statement inviting applications from candidates who wish to contest the upcoming Lok Sabha polls from 40 constituencies spread across Tamil Nadu and Puducherry.

Later today, actor turned politician Kamal Hassan too is expected to meet Vijayakanth. Though Rajini and Kamal are veterans of the film industry, Vijayakanth has an edge over Rajini and Kamal in terms of his experience as a politician. Popular actor Vijayakanth started the DMDK in 2005. The peak of his party’s performance was ruing the 2011 elections when they allied with Jayalalithaa’s AIADMK and won 29 of the 41 seats that they contested.