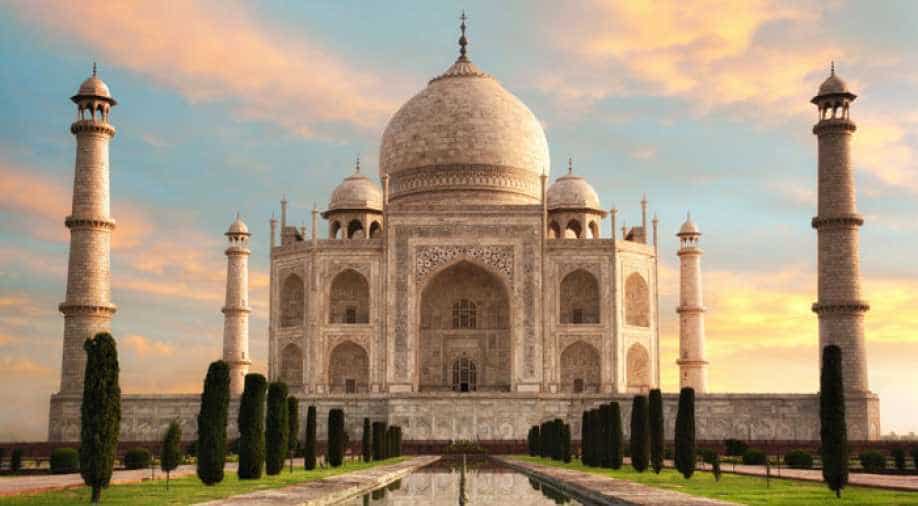 Agra, which sits on an industrial belt, is ranked eighth in the world for the most polluted air

India's most famous monument, the white marble Taj Mahal, is "dying" -- according to historians and local guides who are calling for the government to protect and carry out preservation work on the palace.

Pollution in Agra, which has risen sharply over the past 30 years, has been blamed. The city, which sits on an industrial belt, is ranked eighth in the world for the most polluted air, according to a World Health Organisation list earlier this year.

The iconic 17th-century Mughal palace, built by emperor Shah Jahaan in memory of his beloved queen Mumtaj Mahal, is visited by millions every year, including royalty and film stars. But local guides say foreign tourists are dwindling because of the pollution that is lending a yellowish tinge to the walls of the Taj Mahal.

Experts say one of the main causes of increasing pollution and discolouring of Taj Mahal is the drying up of the river Yamuna that flanks the famed marble monument. The pollution from the sewage in the Yamuna has fuelled a growing number of insects, whose excretions, along with the air's impurities have stained the Taj Mahal an ugly yellow.

Exhaust from a large number of vehicles clogging the roads is also making matters worse.

But there is hope yet -- M.C. Mehta, a leading environmental lawyer who has been fighting legal battles to conserve the Taj Mahal for over three decades now, got the top court's support recently. It directed the government to take urgent steps to restore the monument to its original glory and said if authorities did not have the expertise to do so, they should seek foreign help.

Mehta has had previous success. In the 1990s, following Mehta's petition, the Supreme Court ordered the closure of hundreds of factories near the white mausoleum.

For now, restorers from the Archeological Survey of India (ASI) have been using a paste made of a clay mineral, to clean the marble but critics say it has not been effective in preventing the marble from decaying.