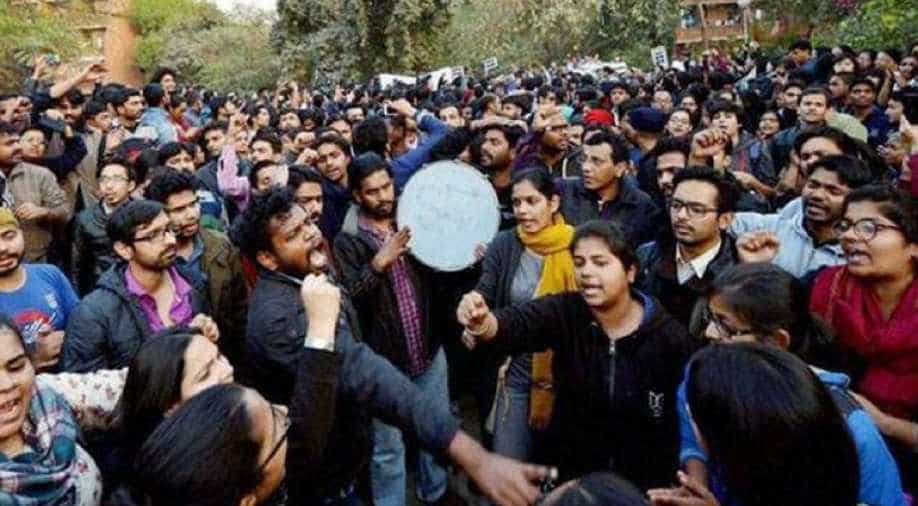 A police complaint has been filed against students of Jawaharlal Nehru University by the dean of students (DoS) Umesh Kadam for allegedly 'verbally abusing' and 'manhandling' him.

#WATCH: JNU students barge into their Dean's office during a protest on 12 March. The university has released a statement saying that the Dean was manhandled & abused by the agitating students, (Source: CCTV) #Delhi pic.twitter.com/HjZzDuT2ko

According to the statement released by the university, JNU student union had called for a protest on March 12 against the increase in hostel charges which they claimed was done without any consultation.

No FIR has been registered as of now. (ANI)

The students were invited by the dean for a discussion during which, official statements say that 15 students barged into dean's office and ''became very violent''.

''They continuously shouted slogans, latched the door and blocked with a sofa. When the DoS tried to go out of the office for lunch, they pushed, hurled abusive language and manhandled him,'' the statement reads.

The dean of students was managed to bring out of his office and security guards ''took him to the JNU health center for a medical checkup''.

Following the incident university's security unit has lodged a complaint to take further actions as per University's rules and regulations.

However, only police complaint has been filed no FIR has officially been registered as of now.

Media has reported student union of JNU Geeta Kumari alleging that Kadam and security guards misbehaved with some women.