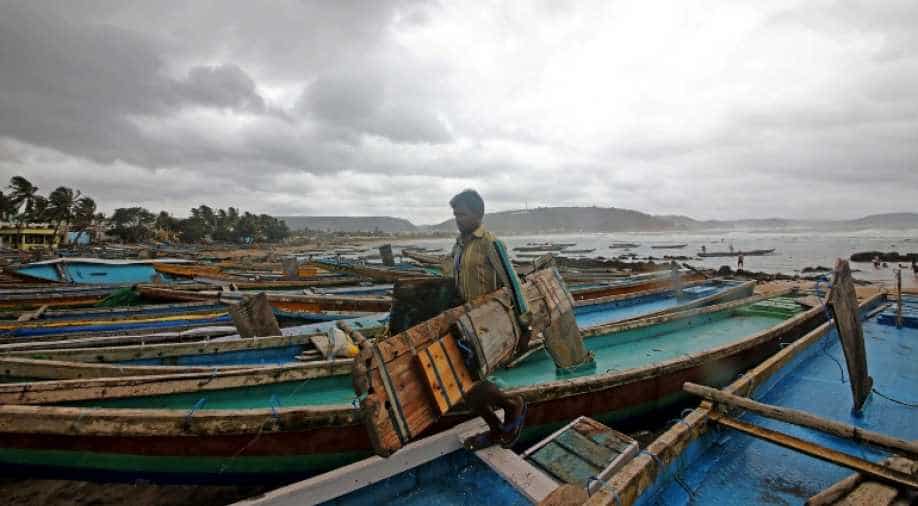 At several places, demonstrators alleged that the restoration work was hampered by a lack of management and coordination among various government agencies.

Unable to get power and water even nine days after Cyclone Fani ravaged coastal Odisha, angry people blocked roads at many places, including the state capital Bhubaneswar, on Sunday, demanding that the authorities address their problems quickly.

At several places, demonstrators alleged that the restoration work was hampered by a lack of management and coordination among various government agencies, thereby compounding the miseries of the cyclone-affected people.

Despite the state government saying it is trying to speed up efforts to restore electricity, water supply and telecom facilities, a large number of areas remained in the dark for the tenth day since May 3, when the cyclone made landfall near Puri.

The extremely severe cyclone has killed 43 people, affected over 1.5 crores and left over five lakh with a permanent roof in 14,000 villages in 14 districts.

Not seeing much improvement in their situation has made people angry and impatient, who are now coming out on streets to protest against authorities.

Though the state government has claimed it has restored electricity and drinking water supply lines in Bhubaneswar and urban areas of Kendrapara, Jagatsinghpur and

As Bhubaneswar witnessed protests in Samantrapur, Nuagaon and Lingipur areas, traffic on Bhubaneswar-Puri highway was hit for some time, police said.

"We are forced to hit the road as the government has failed to provide basic necessities such as water and power despite having promised to restore power supply by Sunday, May 12," said a woman who joined a road blockade at Nuagaon.

"There is a limit to our patience. We are made to spend sleepless nights. We have to purchase drinking water at exorbitant prices," said another protester.

Aggrieved people also staged similar road blockades on Jagatsinghpur-Machagaon road and at some places in Cuttack and Khurda districts.

In the pilgrim town of Puri, worst hit by the cyclone, locals were moving out of the place temporarily.

In almost all electricity offices in coastal districts, police personnel have been deployed to tackle people attempting to attack officials, a state government official said.

Information and Public Relations Secretary Sanjay Singh maintained that electricity will be restored in all areas of Bhubaneswar by Monday.

He also said water has been made available in all parts of the state capital.

Energy Secretary Hemant Sharma said 90 per cent of consumers will be able to get electricity by Monday and restoration work is in progress on war footing.

"As extensive damage was caused to power infrastructure, we are working on a war footing with 7,000 power technicians from other states," he said.

The cyclone unleashed copious rain and windstorms that gusted up to 240 kmph on May 3, blowing away thatched houses and swamping towns and villages in Odisha.

The state government has announced an Rs 1,600-crore package for livelihood support to farmers, fishermen and others affected by Cyclone Fani.