Turkey will 'reveal whatever happened' in Khashoggi death

Turkey vowed Saturday to reveal all details of the death of journalist Jamal Khashoggi after Saudi Arabia admitted he was killed at its Istanbul consulate, state media reported.

No action against driver, railways not at fault: MoS Manoj Sinha on Amritsar train accident

Minister of State for Railways Manoj Sinha Saturday ruled out any punitive action against the driver of the train that mowed down Dussehra revellers in Amritsar, saying there was no negligence on the part of the national transporter and also advised people not to organise such events near tracks.

The Bharatiya Janata Party (BJP) is leading in the Jammu Municipal Corporation (JMC) polls, as the counting of votes for the Urban Local Bodies elections was going on in all the 10 districts of Jammu region on Saturday.

Next IMF loan will be 'the last': Pakistan finance minister

Pakistan's finance minister promised Saturday to end the country's reliance on International Monetary Fund bailouts to shore up its shaky economy, as officials prepare to negotiate a new loan. 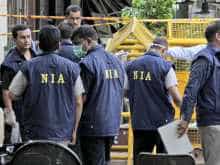