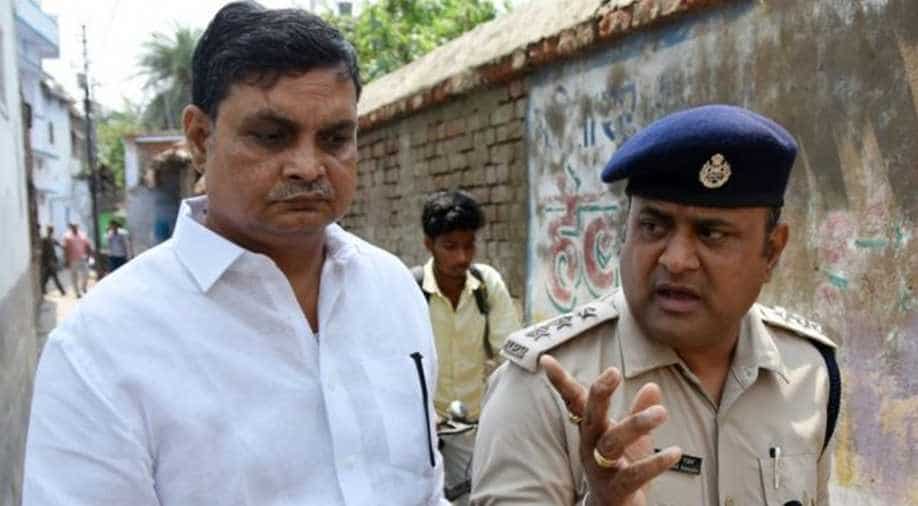 The court sentenced Thakur to “rigorous imprisonment till remainder of his life” and imposed a hefty fine of Rs 32.20 lakh on him.

A Delhi court Tuesday sentenced Brajesh Thakur to imprisonment till his last breath for sexually assaulting several girls in a shelter home in Bihar''s Muzaffarpur district, saying he was the "kingpin" of a "meticulously planned" conspiracy and "displayed extreme perversity".

Additional Sessions Judge Saurabh Kulshreshtha also sent 11 others to jail for life in the case.The court sentenced Thakur to "rigorous imprisonment till the remainder of his life" and imposed a hefty fine of Rs 32.20 lakh on him.

Because of rising sexual crimes against children, such offenders should be dealt with an iron hand to send a strong message in the society to deter others from committing such ghastly crimes, the court said.

"It is writ large that this is not a case of a single solitary incident of rape, but a meticulously planned and ingeniously executed conspiracy wherein the care-givers, the supervisors and the administrators in a state-sponsored children's home themselves turned into predators, perpetrators of crime and abettors and repeatedly subjected numerous minor girls to atrocious acts of rape and aggravated penetrative sexual assault over an extremely long period spanning about four years," it said.

The court further noted that Thakur was not a young boy charged with a solitary offence but a mature and experienced politician charged with a plethora of crimes and he was the kingpin of the entire conspiracy.

"Further a person who is the owner of or who manages or exercises control over the affairs of such a child care institution is expected to display compassion, sobriety and righteousness, but the convict not only betrayed the trust and faith of the victim girls but also displayed extreme perversity and monstrosity by committing such abhorrent acts with numerous helpless minor girls and therefore it is not a fit case for adopting the reformative and therapeutic approach," it said.

The court noted that victims were minor girls in a state-sponsored, state-monitored and state-funded children's home, meant for providing a safe and secure environment to those in need of care and protection, and they were subjected to such horrendous acts of rape and sexual assault in that very home.

"It is trite that such repeated acts of rape and aggravated penetrative sexual assaults are sufficient to cause considerable physical suffering, extreme inconvenience, severe mental agony and grave psychological damage to the victim girls as well as incalculable damage to their respect and reputation in the society," it said.

It also sends three women — Minu Devi, Kiran Kumari and Shaista Praveen — to jail for life for abetment to rape.

The court on January 20 convicted Thakur, who once unsuccessfully contested assembly polls on Bihar People''s Party (BPP) ticket, of several offences including aggravated penetrative sexual assault under section 6 of the Protection of Children from Sexual Offences (POCSO) Act, and offences of rape and gang rape under the Indian Penal code (IPC).

Additional Public Prosecutor Amit Jindal, appearing for the CBI, had earlier sought life imprisonment "till the remainder of life" for Thakur, saying "rape is a crime of lust and power" and leniency should not be shown to the convicts as the victims in the case were minors.

Advocates P K Dubey and Nishaank Mattoo, appearing for Thakur, had sought leniency on the ground that a chance be given for reformation and he is the sole bread earner of the family.

Advocate Dhiraj Kumar, appearing for some of the convicts, had said they will challenge the judgment in the higher court.

Former Bihar Social Welfare Minister and the then JD(U) leader Manju Verma also faced flak when allegations surfaced that the husband had links with Brajesh Thakur.

She resigned from her post on August 8, 2018. The case was transferred on February 7, 2019, from a local court in Muzaffarpur in Bihar to a POCSO court at Saket district court complex in Delhi on the apex court''s directions.

The matter had come to light on May 26, 2018, after Tata Institute of Social Sciences submitted a report to the Bihar government highlighting the alleged sexual abuse of girls in the shelter home for the first time.