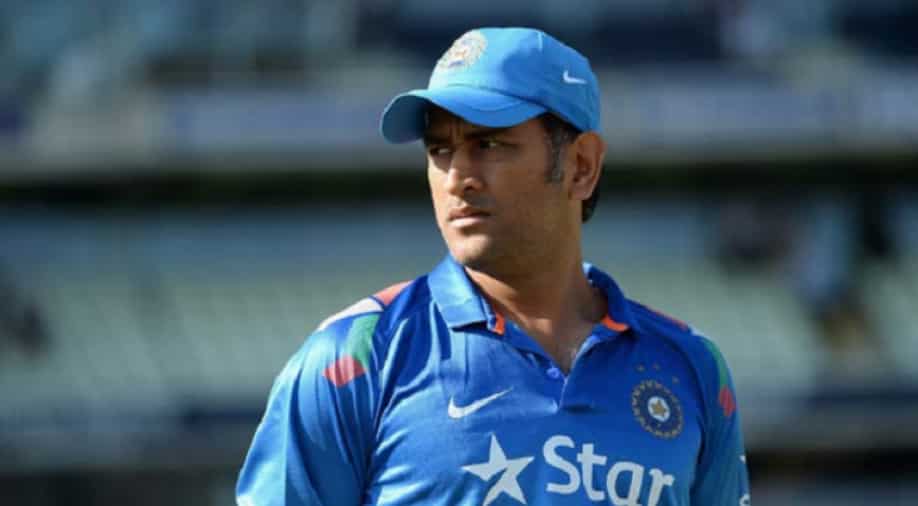 The former India captain Mahendra Singh Dhoni's inclusion in Team India's T20 squad has come under the scrutiny of late.

Ever since the India vs New Zealand 2nd T20, Dhoni has been drawing flak for his slow innings when the team had to score more than 12 runs per over. Eventually, India lost the game.

Now, former skipper Sourav Ganguly has joined Ajit Agarkar, VVS Laxman, Akash Chopra, suggesting that if the Jharkhand-born batsman does not up against his game then he should start thinking about his retirement and that the Board of Control for Cricket in India (BCCI) should start focusing on younger players to replace him.

"I think India must now look at other options, at least in T20Is. In one-day cricket, they seem to be happy with the role that he is playing. When you are the captain of the side, it was different. But just as a batsman, will India miss him? I don't think so. In T20 cricket, it is a lot easier to make that transition as there is a lot of experience in that team apart from MS Dhoni now," Agarkar told sources.

However, World Cup-winning captain seems to be taking the criticism on the chin.

"Everybody has views in life and it should be respected," Dhoni said about Agarkar's remarks on him.

"The biggest motivation is being a part of the Indian cricket team. You have seen cricketers who are not god-gifted, but even then, they have gone far. That's because of the passion. The coaches need to find that out. Everybody doesn't play for the country," he said.

"I have always believed that process is more important than results. I never thought about results, I always thought what is the right thing to do at that point in time whether it's 10 runs needed, 14 runs needed or 5 runs needed. "I was always so engrossed in the process that I never took the burden of thinking what if the results don't go my way," he added.

Earlier Indian team's head coach Ravi Shastri defending MS Dhoni said: "Looks like there are a lot of jealous people around, who just want Dhoni to have a couple of bad days. There are a few people who are waiting to see the end of MS Dhoni. But great players like him decide their own future,"

Previously, star players like Sachin Tendulkar, Sourav Ganguly, Rahul Dravid and many others have been criticised for poor form at the fag-end of their careers.

Dhoni was in the bustling metropolis to launch his global cricket academy, inaugurating the MS Dhoni Cricket Academy - his first international academy, in association with Dubai- based Pacific Ventures.