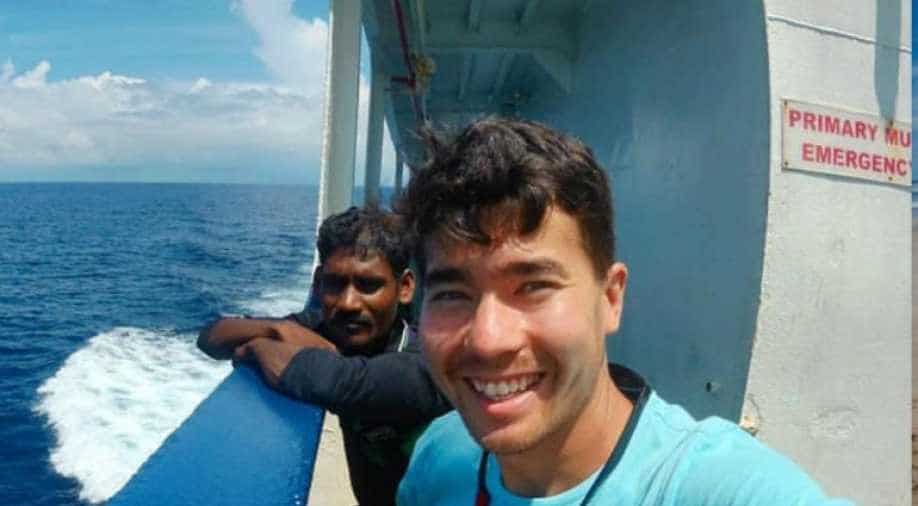 Police have still not been able to recover the body of John Allen Chau, 26, who was cut down in a hail of arrows as he marched towards the Sentinelese tribespeople with a 'Jesus loves you' message.

One month after an isolated tribe killed an American missionary seeking to convert them, Indian police have still not tried to retrieve the body of John Allen Chau from his remote island grave.

But they are still trying to interview two American missionaries suspected of encouraging Chau to go to North Sentinel in the Andaman Islands, in breach of a strict cordon put around its isolated inhabitants.

Chau, 26, was cut down in a hail of arrows, according to fishermen who dropped him off nearby, as he marched towards the Sentinelese tribespeople with his "Jesus loves you" message.

Investigators in the Indian Ocean chain of 500 islands will formally ask two American missionaries who had spoken with Chau before his death to give evidence, police said.

"We have initiated the process of serving them a notice to be part of (the) investigation," local police chief Dependra Pathak told AFP.

The notice, which would have to go between the Indian and US governments, would only require the Americans to answer questions.

The identities of the Americans, a man and a woman, have not been given. They are known to have left India.

Chau was killed in mid-November but news of his death only emerged six days later.

The incident cast a new spotlight on efforts to protect one of the world's last "uncontacted" tribes, whose language and customs remain a mystery to the rest of the world.

Outsiders are banned from travelling near the island to protect the tribe from outside diseases.

Police have twice sent a vessel close to North Sentinel in a bid to see where Chau may have been killed.

They acknowledge that it is unlikely that they would risk provoking the tribe by setting foot on the island.

Anthropologists and activists for isolated tribal communities have called on Indian authorities not to try to retrieve the body.

"We are still awaiting the firm view of the Anthropological Survey of India and field experts," Pathak said.

"What we have gathered is that going over there is not desirable for their health and psychological wellbeing."

Seven people, including six local fishermen, were arrested for helping Chau travel to the remote island.

All were granted bail this week.

Two Indian fishermen were killed in 2006 after their boat drifted onto North Sentinel.

One week after their deaths, their bodies were put on stakes facing out to sea on the beach.