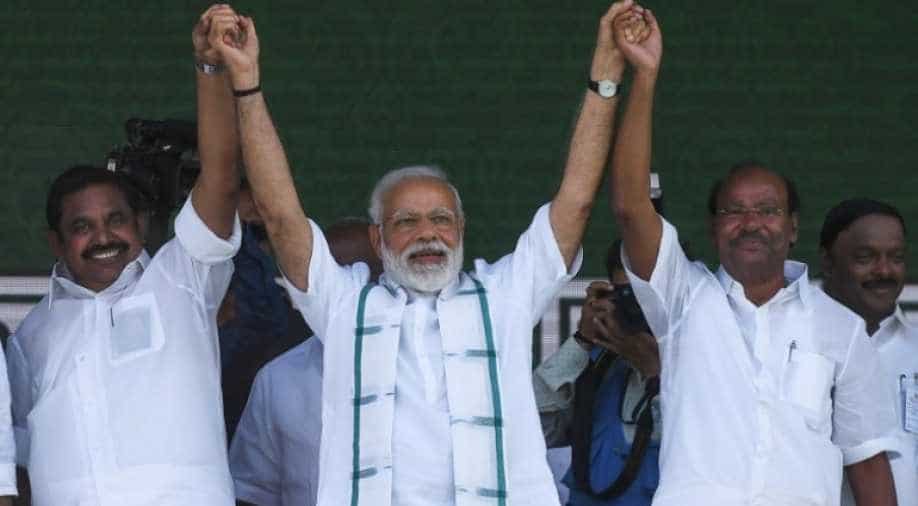 The first five names released by PMK to contest LS polls in the state include sitting MP Anbumani Ramadoss from his own constituency Dharmapuri, Vadivel Iravanan from Villupuram, R Govinda Swamy from Cuddalore, AK Moorthy from Arrakonam and Sam Paul from central Chennai.

As PMK will field its candidates in seven seats in the state, the remaining two candidates will be announced soon.

In a joint press conference held by the BJP, AIADMK, PMK, and DMDK on Sunday, it was announced that AIADMK will contest on 20 Lok Sabha seats including South Chennai, Theni, Pollachi, Karur and Erode while BJP would be fielding its candidates from Kanyakumari, Sivagangai, Coimbatore, Thoothukudi and Ramanathapuram Lok Sabha constituencies.

DMDK, on the other hand, will contest on Chennai north, Virudhunagar, Trichy, Kallakuruchi, while Tamil Maanila Congress (TMC) headed by GK Vasan will field candidates from Tanjore, Puthiya Tamiligam in Thenkasi,  Puthiya Needhi Katchi in  Vellore and NR Congress in Puducherry.

Tamil Nadu will go to polls on April 18 for its 39 parliamentary constituencies, while counting of votes will take place on May 23.