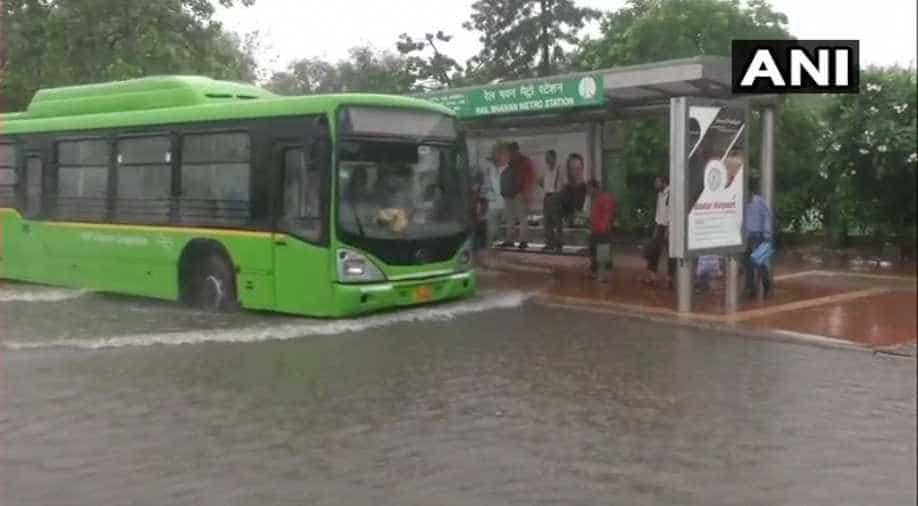 The Delhi traffic police tweeted alerts about flooding on some roads in the city, and asked people to avoid taking those routes. Photograph:( ANI )

Heavy rains lashed several parts of Delhi-NCR with the minimum temperature settling at 26 degrees Celsius, a notch above the season's average.

The weatherman has predicted more rains in the national capital later in the day.

The Safdarjung observatory, the recording of which is considered official for the city, recorded 24.6 mm rainfall in the last 24 hours.

The Palam observatory has received 19.9 mm rainfall during the same period.

"The skies will remain cloudy. Rain is expected in several areas of the city later in the day," said an official of the meteorological department.

The official said the maximum temperature is expected to hover around 30 degrees Celsius.

Heavy rains lashed several parts of the national capital on Saturday, causing waterlogging and traffic snarls on major intersections in the city.