Let's divert real people’s issues with my decade-old case: Robert Vadra reacts to FIR against him 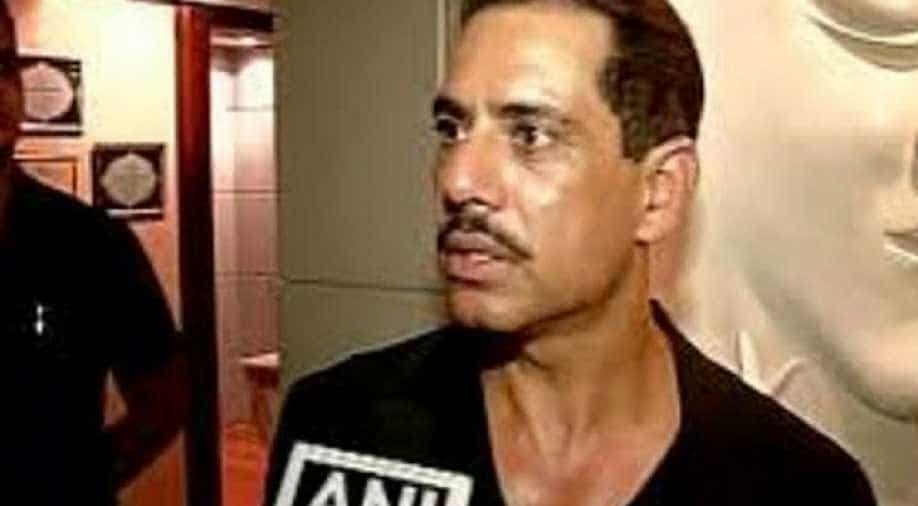 Vadra has further stated that Mallya should think of coming back to India and face the legal charges against him.? Photograph:( ANI )

Vadra accused the government of raking the "decade-old issue" instead of focusing on 'real people's issue'.

UPA chairperson Sonia Gandhi's son-in-law and businessman Robert Vadra reacted to the FIR lodged against him on Saturday under the Gurgaon land deal case.

"We received a complaint today from one Surinder Sharma, a resident of Nuh, in which he alleged irregularities in the land deals," he said.

The Manohar Lal Khattar-led BJP government had set up a commission in 2015 to probe into the licences given by the earlier Hooda-led Congress government for the development of housing colonies and commercial complexes in four Gurgaon villages.