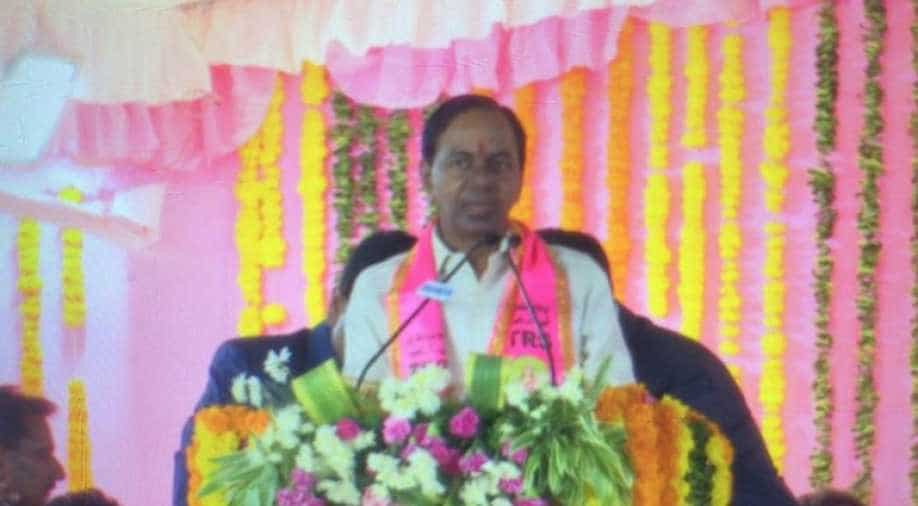 Telangana Chief Minister K Chandrasekhar Rao on Sunday appealed to the people of Telangana not to become slaves of Delhi parties and urged them to emulate Tamil Nadu for their self-respect.

Promising to take Telangana forward on the path of development, Rao sought continued support of the people.

"In Tamil Nadu, people rule their own state with their leaders. Similarly, we shall retain power and not surrender to Delhi leadership," said KCR.

"You have to decide whether decisions relating to Telangana should be taken by us here or should we become slaves of Delhi parties," he said in an obvious reference to Congress and Bharatiya Janata Party (BJP).

The rally by the ruling TRS was held amid speculation about the possibility of early polls to the Telangana Legislative Assembly.