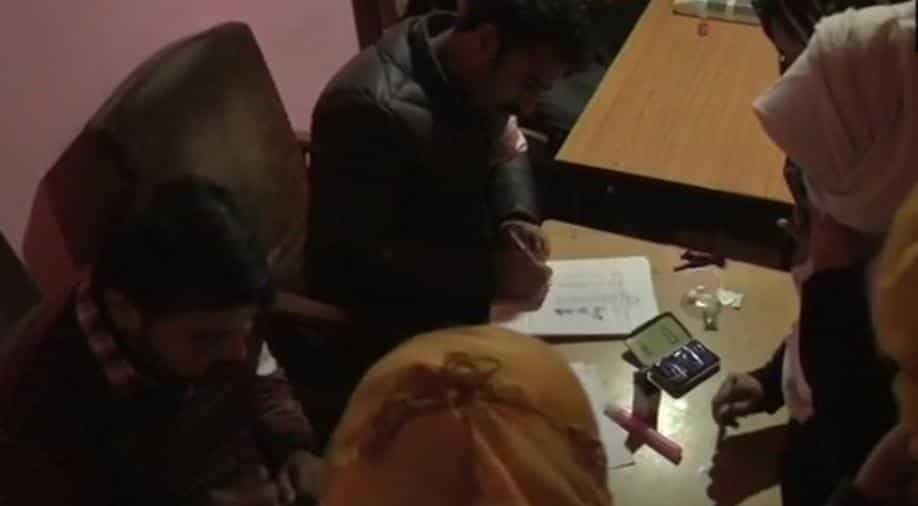 Among the three polling phases, maximum voter turnout was recorded in the first phase in Jammu and Kashmir (56.7 per cent).

Polling began at 6 am and is slated to end at 4 pm. In the final phase, the electorate will seal the fate of 150 candidates in Srinagar and Ganderbal districts. As many as 260 candidates will be contesting for 132 wards.

Jammu & Kashmir: Voter turnout recorded in Ganderbal is 7.9% & Srinagar is 2.3% till 12 noon, in the fourth phase of urban local body elections.

In the wake of the polls, security has been beefed up at polling stations, while checkpoints have been set up in Srinagar and Ganderbal, where vehicles and commuters are being searched thoroughly to ensure seamless completion of polls.

#JammuAndKashmir: Voting underway for the fourth phase of urban local body polls; #Visuals from a polling station in Srinagar. pic.twitter.com/z435VxrAf5

The fight is between the Congress and the Bharatiya Janata Party (BJP) as Jammu and Kashmir's two major parties- National Conference (NC) and the People's Democratic Alliance (PDP)- have boycotted the elections over lack of clarity in the Centre's stand on Articles 35A.