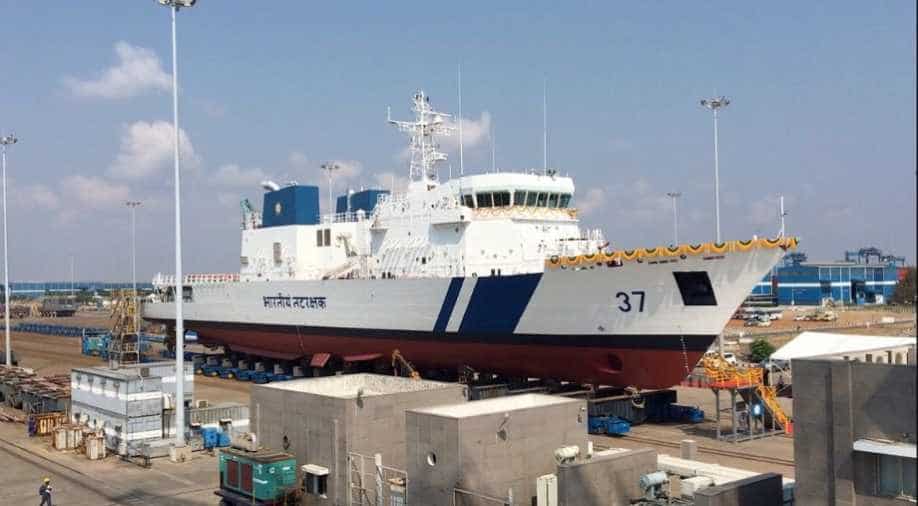 It is capable of carrying a twin-engine helicopter, which will enhance its surveillance, search and rescue capability. Photograph:( WION )

The launching marks an important milestone as a vessel touches the water for the first time.

The Indian Coast Guard launched the sixth offshore patrol Vessel 'Yard 45006 Vajra' at the Kattupalli shipyard, near Chennai, in the presence of Minister of State for Shipping (Independent charge) and Chemicals and fertilisers, and other dignitaries from the Indian Coast Guard and Larsen & Toubro Shipbuilding.

The launching marks an important milestone as a vessel touches the water for the first time.

In India, ships have historically been launched with a Puja ceremony that dedicates the ship to a God and blessings are sought for the ship and her sailors. The ceremony involves a lady breaking a coconut on the bow of the vessel, along with Puja and festivities. The ship was launched by Smt Geeta Mandaviya, wife of Minister Shri Mansukh Mandaviya.

The offshore patrol Vessel (Vajra) is 98 meters long, 15 meters wide and has a gross tonnage of about 2100 tons and is equipped with two navigations radars with the latest communication technology. 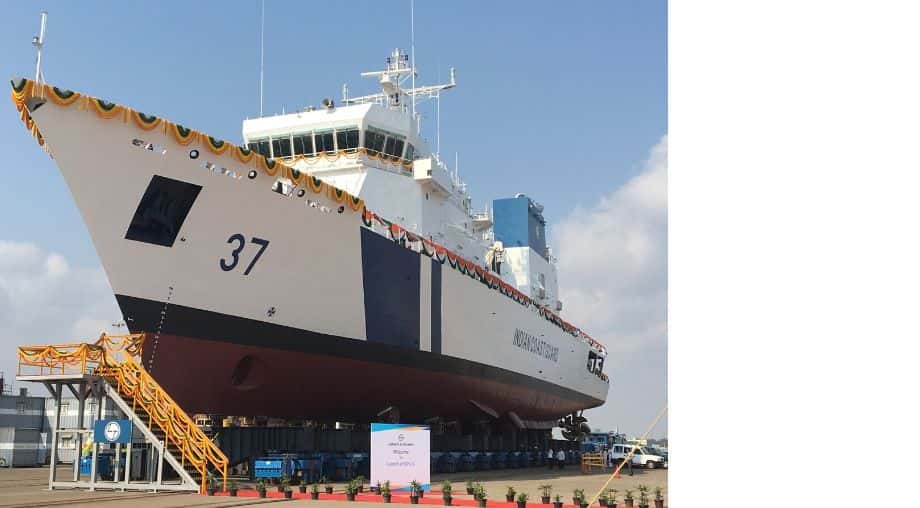 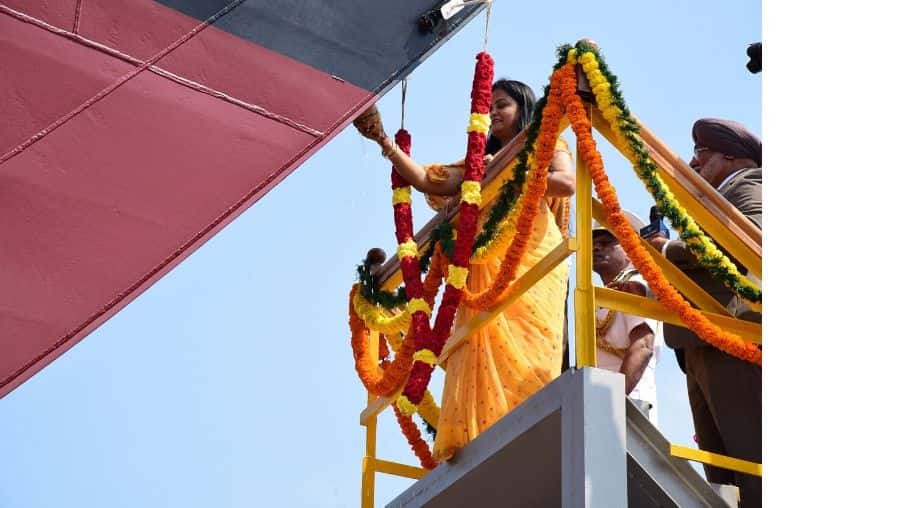 This vessel has an endurance of 5000 nautical miles and can travel at a top speed of 26knots. Armed with a CRN 91 30mm Naval gun and two 12.7mm guns the ship would be utilized for day and night surveillance, besides anti-terror, anti-smuggling operations in the exclusive economic zone and for coastal security.

It is also capable of carrying a twin-engine helicopter, which will enhance its surveillance, search and rescue capability.

Speaking at the event, Chairman and Managing Director of L&T Shipbuilding Retd Vice-admiral B Kannan said, "this is the sixth OPV built against a Ministry of Defence contract of 2015. We are required to design and construct 7 vessels, of which five have been delivered before the contract schedule and four are already in service. The construction process involved joining many blocks together, of which some of our heaviest blocks weighed over 100tons. We hope to commence the afloat phase very soon and complete the harbour trial and sea-trial phase by June this year."

"These series of seven ships are based on our own indigenous design and are built for completely meeting the Coast Guard’s requirements. We have also brought in improvements in the construction process. The internals(pre-outfitting) of the ship is 72% complete, a figure that is very high for defence ships. This type of engineering ensures that majority of the pumps, cables, and other equipment are fitted as the construction progresses, as opposed to fitting them at the later stages of construction." he told WION.

In his address, Minister Mansukh Mandaviya recalled the glory of Indian shipbuilding and maritime sector during the rule of Shivaji. Responding to a question from WION, he said, "we have 61 vessels for the Coast Guard that are in the pipeline, as of today and we are depending on both public sector and private sector firms for the construction. We are looking to enhance national security by providing berthing facility for the Indian Coast Guard at every one of the 12 major ports and will fulfil their requirements.” He added that the Government was also working on reducing the dependence on the roadways and railways by ensuring that larger volumes of cargo can be transported via inland waterways.”

Addressing the gathering, K Natarajan, Director General, Indian Coast Guard said, "we have christened the vessel 'Vajra' in today’s ceremony and the launching marks a very important milestone, as she would be touching the water for the first time. The Coast Guard began in 1977 with two vessels and five boats. We have made swift progress since then with the support of PSUs and Private shipyards and have 146 surface platforms and 62 aircraft currently. The Interceptor boats are our workhorses and OPV form a strong backbone. We have a daily deployment of 50 ships and 10 aircraft for monitoring and securing our 7516 coastlines and Exclusive Economic Zone of over 2mn sq km"