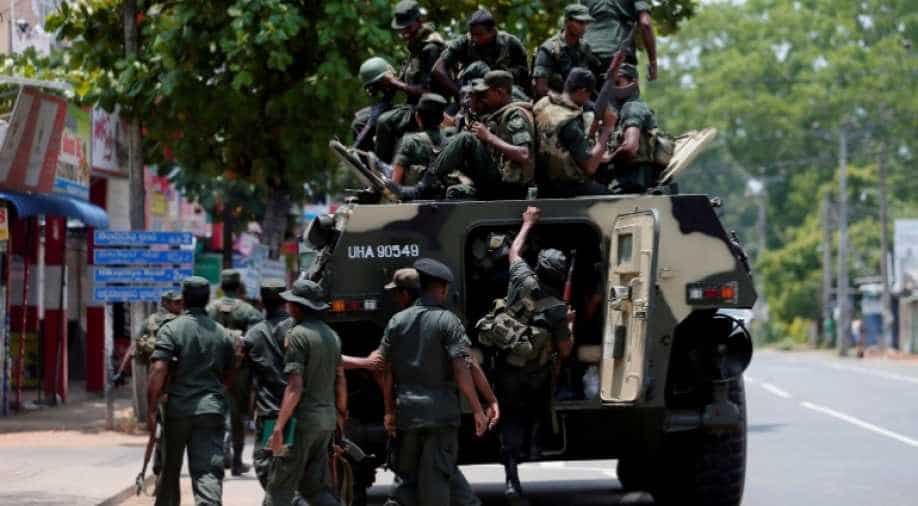 File photo: Sri Lankan soldiers patrol a road of Hettipola after a mob attack in a mosque in the nearby village of Kottampitiya, Sri Lanka. Photograph:( Reuters )

India had issued the advisory on April 27 asking Indians to avoid non-essential travel to Sri Lanka.

India has lifted the advisory for Indians to reconsider non-essential travel to Sri Lanka in the aftermath of 21st April terror attacks that killed more than 250 people.

In a freshly updated advisory, ministry of external affairs said, "Security situation in Sri Lanka is gradually returning to normal with the lifting of curfew & restrictions on social media and the opening of schools" but advised Indian travelling to Sri Lanka to be "careful and vigilant."

India had issued the advisory on April 27 asking Indians to avoid non-essential travel to Sri Lanka.

Remember Lankan Prime Minister Ranil Wickremesinghe had asked countries to remove the travel advisory since it impacts the tourism business of the island nation.

China over the weekend was one of the first countries to tone down the advisory from 'Do not travel to Sri Lanka' to 'be cautious'.

Tourism is one of the major contributors to the Sri Lankan economy and had taken a severe beating after the 21st Aprill attacks in which many foreigners were also killed.