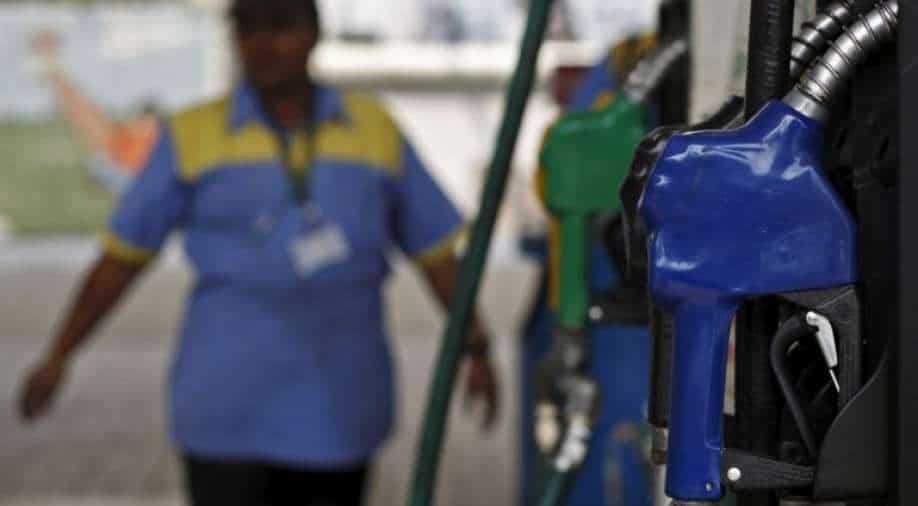 Petrol price hiked by 80 paise a litre, diesel up 70 paise - seventh increase in a week taking total hike to Rs 4.80/ltr. Photograph:( Others )

Petrol price on Tuesday crossed Rs 100 a litre mark after rates were hiked by 80 paise a litre and 70 paise in case of diesel, taking the total increase in rates in one week to Rs 4.80 per litre.Soon after this news became viral, netizens put their humourous hats on and started sharing the choicest memes.

Fuel prices continue to rise, with petrol and diesel prices increasing by 80 paise and 70 paise per litre on Tuesday, respectively, reaching over Rs 5 per litre following seven rate revisions in eight days.

Petrol and diesel prices rose for the sixth time in over a week on Tuesday, with petrol now costing over Rs 100 per litre in the national capital.

After a week of revisions, the overall increase in gasoline prices is nearly Rs 5 due to an increase of 80 paise in petrol and 70 paise in diesel today.

The following is how the Internet reacted to the recent increase in fuel prices:

Government too believes in SIP, for petrol; systematic increasing plan.#PetrolDieselPrice