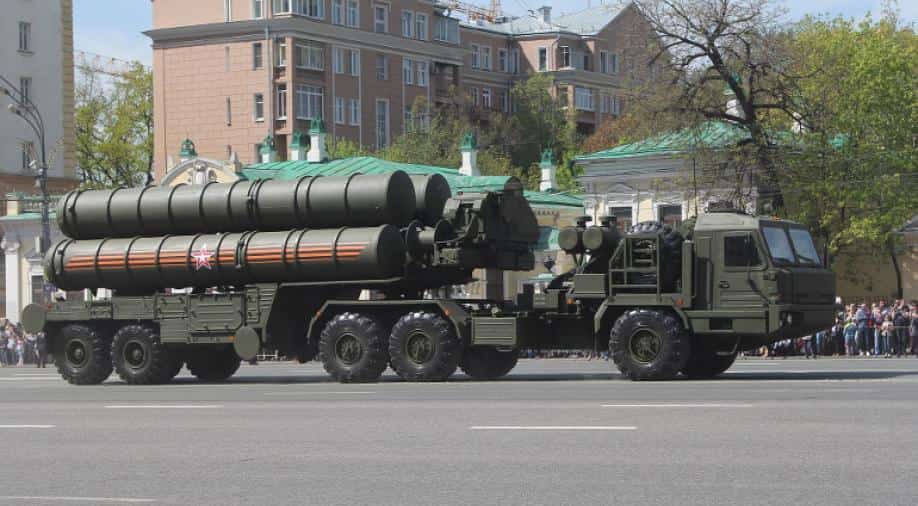 India is expected to convey to the US during the upcoming 'two-plus-two' talks that it is going ahead with the Rs 40,000 crore deal with Russia to procure a batch of S-400 Triumf air defence missile systems, notwithstanding the American sanctions on military transactions with Moscow, official sources said Sunday.

Also read: What is the S-400 missile defence system that India is eyeing to buy

They said India is likely to seek a waiver from the Trump administration for the mega-deal, citing its requirement for the missile system in the wake of the evolving regional security architecture as well as considering its close defence ties with Russia.

"India has almost concluded the S-400 missile deal with Russia, and we are going ahead with it. Our position on the issue will be conveyed to the US," said a high-level official source.

The US has imposed military sanctions against Russia under the stringent CAATSA (Countering America's Adversaries Through Sanctions Act) law for its annexation of Crimea as well as alleged meddling in the American presidential election in 2016.

CAATSA mandates the Donald Trump administration to punish entities and countries engaging in significant transaction with the defence or intelligence establishment of Russia.

Randall Schriver, the Pentagon's senior official handling issues relating to Asia, said Thursday that the US cannot guarantee that India will be exempted from sanctions if it purchases weapons and defence systems from Russia.

The US has been indicating that it does not want India to finalise the deal with Russia.

A new US defence legislation authorises President Donald Trump to exempt countries from the military sanctions.

The first edition of the much-awaited 2+2 dialogue on strategic affairs between the US and India will take place here on September 6 during which a range of bilateral, regional and global issues of mutual interests will be discussed.

Under the new framework finalised last year, External Affairs Minister Sushma Swaraj and Defence Minister Nirmala Sitharaman will hold talks with Secretary of State Mike R Pompeo and Secretary of Defence James Mattis from the US.

The sources said India will push for a waiver from the US for the missile deal with Russia, as the air defence system was critical for its security preparedness.

They said there was a possibility that both Russia and India are likely to announce the deal before the annual summit between prime minister Modi and Russian President Vladimir Putin in October.

There has been mounting concerns in India over the US sanctions against Russian defence majors including Rosoboronexport as billions of dollars of military purchases may be impacted because of the punitive measure.

China was the first foreign buyer to seal a government-to-government deal with Russia in 2014 to procure the lethal missile system and Moscow has already started delivery of unknown number of the S-400 missile systems to Beijing.