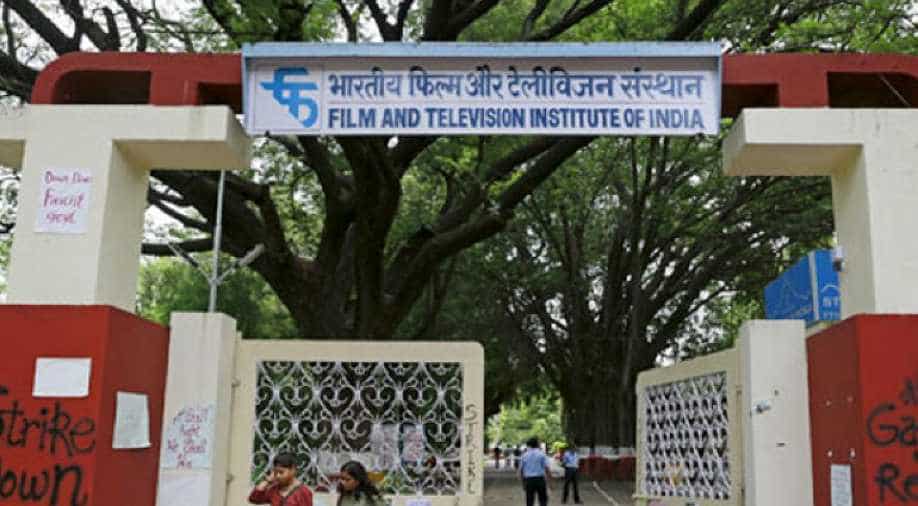 The city-based Film and Television Institute of India (FTII) wants artists and technicians from movie industries across the globe to come here and use its expertise to hone their skills.

The FTII has requested the Ministry of External Affairs (MEA) to identify countries from where it can invite artists and technicians to take help of the prestigious institute's expertise in film training and education.

In the last nine months, the FTII has successfully conducted several short-term courses, like film appreciation, screen acting, digital cinematography, screenplay writing and fiction writing, in various institutions across the country for the film and TV industries, said the institute's director, Bhupendra Kainthola.

"Besides, a group of 20 actors from Nepal has been undergoing a short course in 'screen acting' here in the institute, which is the first initiative one of its kind by the Ministry of External Affairs," he said.

The FTII is regarded as a centre of excellence across the world and the films made by its students have been well received in festivals in India and abroad, apart from winning various national and international awards, he said.

"The FTII alumni have left an indelible imprint on all facets of the Indian cinema and television and have built an excellent reputation worldwide too," the director said.

"With these strengths, we now want to go international and have a global footprint," he said.

"We have approached the MEA and expressed our willingness to conduct short courses for artists and technicians from other countries, specially in Asia and Africa," he said.

He said, "When we talk of India's soft power, then not only cinema but (aspects like) film education, film learning?and film training ought to be a part of?the canvas."

"We have designed a lot of courses and trained our alumni as the resource persons and we are confident of taking a leap overseas and helping the film industries abroad with our expertise," he said.

Kainthola said the Indian embassy in Nepal had approached the FTII to consider facilitating a short course for some of the actors from the Himalayan nation.

With the help of the MEA, the 20-day course in 'screen acting' for 20 actors - 12 male and eight female - from Nepal started recently, he said.

"It is up to the MEA which countries to choose. If we get a green signal, we will barely need a month's time to finalise the nitty-gritty of the project," Kainthola said.

"Since all these short courses will be customised, if given a go ahead, we would first seek profiles of the target participants and according to their needs, the course material will be designed or modified," he added.

Siddharth Shasta, an associate professor in the FTII's acting department and the coordinator of the short course for the Nepalese actors, said their core staff will not be working on these training programmes.

"We have trained resources in the form of our alumni and they have been given the responsibility to conduct such courses," he said.

Right now, the 20 actors, aged between 25 and 35, who have taken up the course at the FTII, are all established names in the Nepal's film industry.

Some of these actors belong to families traditionally associated with the Nepalese film industry and others have worked in TV serials, commercials, music videos and theatre, Shasta said.

Nepalese actor Sabina Gopali, currently undergoing the course at the FTII, said she is confident that the training programme will benefit her in professional and personal life.

Another Nepalese film actor, Kamal Raj Bhatta, said he never came across such methods of acting in his country.

He is hopeful that the course will enhance his acting skills.