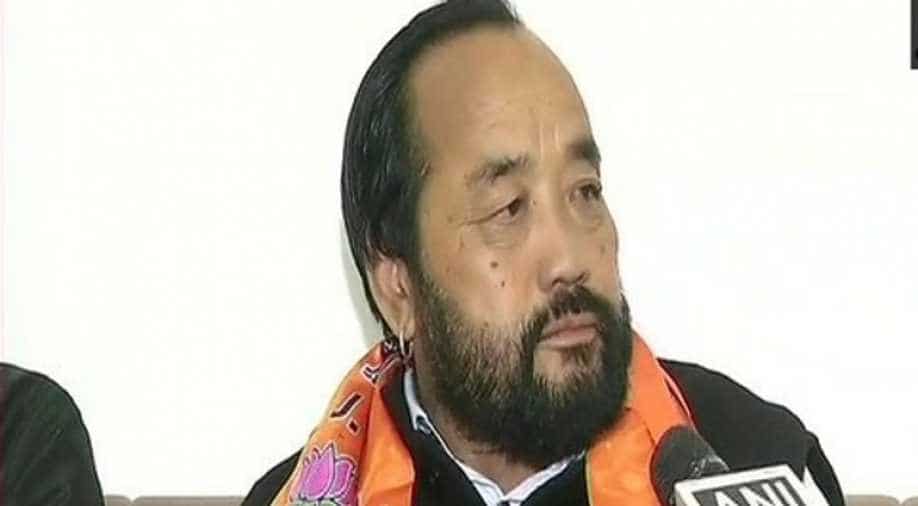 Mr Patton said that he had been assured of the deputy chief minister's post, adding that the governor had invited the party leaders at 9:45 am on Tuesday

Mr Patton said that he had been assured of the deputy chief minister's post, adding that the governor had invited the party leaders at 9:45 am on Tuesday.

"I am grateful to my colleagues and leaders in Delhi that I have been chosen as BJP legislator. They have given me assurance that I will be given this (post of) Deputy CM. We will meet Governor tomorrow. He has invited us to meet him at 9:45 am tomorrow (March 6)," said Patton.

The NPF has emerged as the single-largest party with 27 seats in the 60-member assembly. The BJP's pre-poll ally, the Nationalist Democratic Progressive Party (NDPP) won 17 seats.

The saffron party is at the third spot with 12 seats, while the National People's Party (NPP) won two and Janata Dal (United) and an independent bagged one seat each.

The BJP said on Monday that it would form the government in Nagaland with the NDPP and ruled out extending support to its 15-year-old ally the Naga People's Front (NPF).

Himanta Biswa Sarma told newsmen that his party was no longer in alliance with the NPF that had been in power in the state since 2008.
"Today, I can officially say that we have no truck with the NPF and there is no question of going back to the NPF in forming the government. We will go with the NDPP," Sarma said in reply to a question.

The NDPP was formed just before the February 27 election with then NPF leader Neiphiu Rio as its head.
"We (BJP and NDPP) had detailed discussion on the architecture and representation of the two parties in the government. The details will be disclosed by Rio in due course of time," the BJP leader said.

Rio said the details of the agreement between the BJP and the NDPP cannot be revealed at this moment.
He said the coalition would be named the People's Democratic Alliance.

Acharya had told the press on Sunday that Rio and Zeliang have claimed to have majority support, but "I have not invited anyone to form the government as of now. I have given them 48 hours time to submit the signatures of the elected members supporting them".