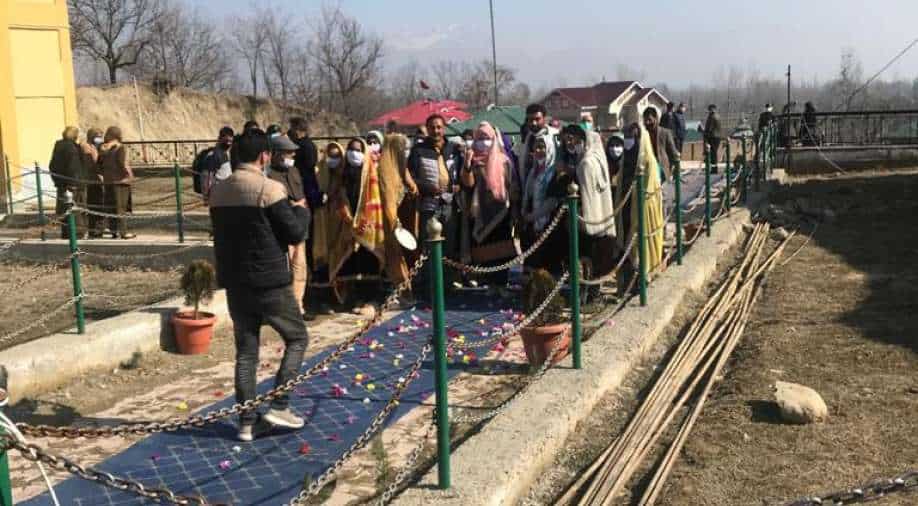 The majority of the envoys are part of the batch from Europe with the second-highest group from Africa and south and central America.

Around twenty foreign envoys have reached the Union Territory of Jammu and Kashmir, the third visit in the last year.

The main aim of the visit is to showcase the progress made on the ground in the aftermath of the removal of special status for the region in 2019.

The majority of the envoys are part of the batch from Europe with the second-highest group from Africa and south and central America. Envoys from ASEAN, Central Asia and India's neighbouring countries are also present. During the visit, envoys will visit Srinagar, Jammu and also one of the holiest shrines of the union territory - Hazratbal.

Last year, India had taken a group in January, and another group in February, 2020. During that visit, the envoys had met locals, as well as top administrative leadership of the union territory.

In the last one year, India has been reaching out to the diplomatic community in Delhi to showcase its COVID-19 action plan as well.

Last year more than 50 envoys based in Delhi were taken to the southern Indian city of Hyderabad to show India's pharma plants where COVID-19 vaccines are being manufactured.

New Delhi has invited the diplomatic community to take part in its vaccination program as well and has got an enthusiastic response.

At least three thousand foreign diplomats and their families have accepted the invite to get vaccinated.