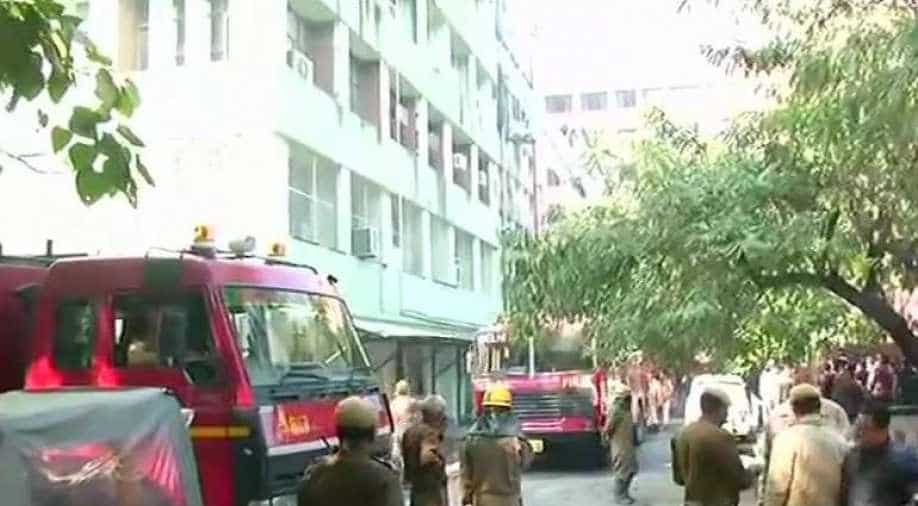 The fire has now been brought under control, and the cooling process is on.

A major fire broke out on the fifth floor of Pandit Deendayal Antyodaya Bhawan at CGO Complex in New Delhi on Wednesday morning.

The fire has now been brought under control, and the cooling process is on. Plumes of smoke and fire can be seen billowing out from the building.

Several official documents could be gutted in the fire. Offices of the drinking water and sanitation ministry, forest ministry and a branch of the Indian Air Force are located in the Pandit Deendayal Antyodaya Bhawan, previously known as Paryavaran Bhawan.