'Finance Minister may not like what I am saying... ' says Vice-President Venkaiah Naidu 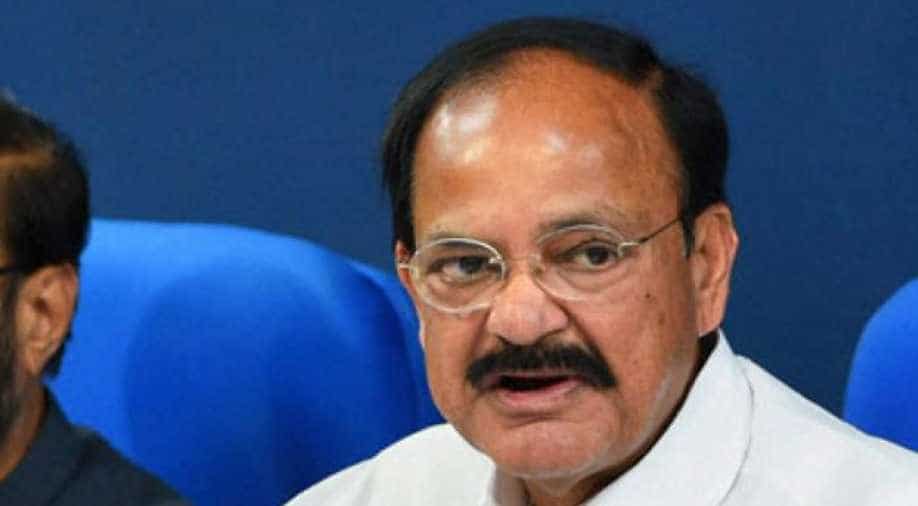 Vice-President Venkaiah Naidu said Sunday that agriculture needs to be paid attention to.

"There is need for sustained support to agriculture," he said.

"Finance Minister is here... He may not like what I'm saying as he has to take care of everybody, but there has to be bias towards agriculture in coming days otherwise people are leaving agriculture as it's not remunerative," he added.

Naidu was speaking at the launch of his book Moving On, Moving Forward: A Year in Office. The book is about Naidu's year in office as vice president and chairman of the Rajya Sabha.

Atal Ji wanted to give Venkaiah Naidu Ji a ministry. Venkaiah Ji said, 'I want to be the minister for rural development'. He is a farmer at heart. He is dedicated towards the welfare of farmers and agriculture: PM Narendra Modi at VP Venkaiah Naidu's book launch pic.twitter.com/4BrsNkSYqs

He brings to office of VP,political&administrative experience&that is amply reflected in his 1 year in office. But best is yet to come. As a poet has said, "Sitaron ke aage jahan aur bhi hain, abhi ishq ke imtehaan aur bhi hain": Dr. Manmohan Singh at Venkaiah Naidu's book launch pic.twitter.com/KhXU82WIsX

Naidu also expressed displeasure with the the way Parliament "is not functioning".

"I'm little unhappy that Parliament is not functioning as it should," he said.

"On all other counts, things are moving, World Bank, ADB, World Economic Forum, whatever ratings they are giving is heartening. All Indians should be proud of whatever is happening on (the) economic front," he added.