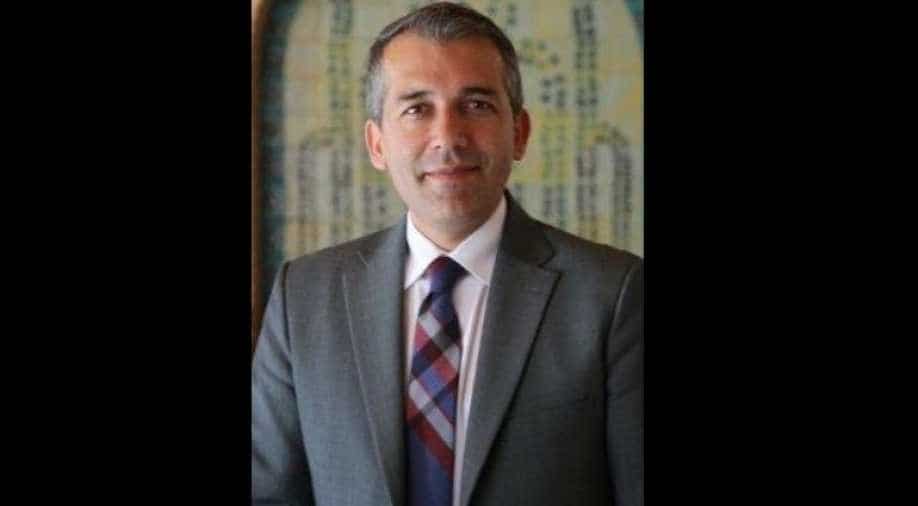 On Pakistan, Sediq Sediqqi said, 'not only Afghanistan but the global community is asking Pakistan to play an important and positive role for our peace.'

Sediq Sediqqi, the spokesperson of the Afghan President has said that India has played an important role in the country's democracy and lauded New Delhi's "very principled policy" towards Afghanistan of standing with the "legitimate government of the people".

Speaking exclusively to our Principal Diplomatic Correspondent Sidhant Sibal from Kabul, Sediqqi also spoke on the Afghan peace process saying, "ball is in the court of the Taliban" to begin peace talks and he hoped "it doesn't take any longer because people are waiting and huge national consensus".

On Pakistan, the Afghan spokesperson said, "not only Afghanistan but the global community is asking Pakistan to play an important and positive role for our peace."

His comments come hours after Afghan President Ashraf Ghani signed a decree to release the 400 Taliban prisoners as agreed in the Loya Jirga or the Grand Assembly which could soon lead to formal peace talks between the Afghan government and Taliban.

WION: How do you see current India-Afghan ties.

Sediq Sediqqi: No doubt the relationship between India and Afghanistan is a very historic relation. It is between the people of both countries. It is between the governments of both countries. It is an all-weather friendship we have enjoyed, especially in the last 20 years when Afghanistan needed a true friend when we started the path of reconstruction and building our democracies.

India was a very strong and proper model in terms of working with us, support us, along with the international community in Afghanistan so that we have a different system and we are a democratic country. I will again say we have a very strong relationship. We are happy to build on that and we are grateful to the great nation of India for so many years.

WION: How have India and  Afghanistan been collaborating amid COVID-19:

Sediq Sediqqi: From the start of the pandemic both countries and the leaders of both countries engaged meaningfully. They talk to each other, and there was a summit organised by the Prime Minister of India in which our president presented the strategy on Afghanistan on how to address pandemic in Afghanistan and there is a quiet exchange of experience between the 2 countries, exchange of expertise. We are grateful for the support we have been receiving so far in that area especially 75,000 tonnes of wheat that India promised to Afghanistan, of a big number has arrived in Afghanistan. Besides that, there was medical support, medical assistance to Afghanistan so that we can fight together this pandemic.

WION: On connectivity, Chabahar as become the focal point. Also on Chabahr Zahedan rail project, how has been the progress. India, Iran and Afghanistan working on the project...

Sediq Sediqqi: Afghanistan is pursuing the goal of regional connectivity, which is the expansion of trade and transit. That has been our quest. Chabahar is playing a crucial role in terms of the export of Afghan products to India, reaching out to India via Chabahar is a game-changer and we in the past 6 months were able to export 6000 metric tonnes of Afghani products to India. That plays a very important role. Afghanistan has opened its proposal of furthering and strengthening regional cooperation, and we are now connected with central Asian countries.

Afghanistan just signed a 10-year contract with Uzbekistan to export electricity and energy, so that kind of agenda we are pursuing, we would really rely on the political support of countries like India and central Asia. So we have to connect all these countries together. We are trying to introduce a new Afghanistan with a new agenda which is basically an expansion of trade, transit and mutual cooperation.

WION: Can you update us on the Afghan peace process, the jirga just meet...

Sediq Sediqqi: The Jirga played an important role in terms of naming a new milestone for the peace process. Some 3400 people's representatives came to Kabul in the great assembly, we call it jirga to actually, to give govt a clear instruction in the peace process.

The first recommendation they gave to govt was to release 400 Taliban members and prisoners with the Afghan govt. So Afghan president signed a decree so they are released according to recommendations, or the decisions of the Loya jirga. So we think, that we have to move forward, we will have to see what will be Taliban reaction to this.

The Taliban has to reciprocate the decision that Afghan people took in the jirga. It is now up to the Taliban, the ball is in the court of the Taliban. People are ready, the Afghan government is ready, we have the negotiating team ready, so we hope very much that we see practical commitments, a clear commitment from the Taliban side to enter the negotiations.

There are some rumours, some dates moving around but I will not able to tell u what are the exact dates when the talks begin but we hope as the Taliban had said and our allies say to us, within 3 days of prisoners exchange the peace talks will begin. We are all waiting, the Afghan people are waiting to see, what will be the next move by the Taliban because the Afghan govt has taken all those steps so that peace talks can start.

WION: So peace talks can start perhaps within a fortnight?

Sediq Sediqqi: We hope that before that talks will begin. As the President said in the Jirga, after the release of the Taliban, the remaining prisoners-- date, which could be this week, which could be next week but we hope it doesn't take any longer because people are waiting and huge national consensus and demands by the Afghan people to start the talks.

WION: Where do you see India's role in the Afghan peace process?

Sediq Sediqqi: The major global consensus that are supporting Afghan govt, a democratic, unified and independent Afghanistan which is the end state of not one the Afghan people, but the global community, so we want a sovereign Afghanistan, peace within itself, peace with the region and with the global community. India has a very principled policy towards Afghanistan. That is what we expect from India as a friend, to stand with the legitimate government of the people.

Many other countries have expressed support for unified and democratic Afghanistan, that is what we demand from our friends because in the past 20 years, we have faced an enormous price to have a democratic and independent country.

Our gains are not reversible, but they are irreversible gains we have made. It is not only the Afghan govt, the people that have made the gains. We have done it with our global partners, regional partners and India has played an important role in our democracy and in our development.

WION: The role of Islamabad in the region, and in Afghanistan, do you see a negative role?

Sediq Sediqqi: Pakistan has to support, a democratic and unified and a sovereign Afghanistan. We really expect the Pakistani govt to stand with the Afghan govt, and Afghan people and in true sense support the peace process in Afghanistan, which is in the good of Pakistanis and also as I said, earlier that our agenda is to improve and strengthen regional cooperation and trade and transit.

In the past few months, few visits of Pakistani officials to Afghanistan has taken place and they have expressed the willingness, expressed support to the Afghan peace process. We will have to see that materialise and we hope very much that there will be strong positive role by Pakistan as a neighbour to Afghanistan in our peace process.

WION: Minorities in Afghanistan are coming to India..how do you see the development?

Sediq Sediqqi: They are not our minorities. We will not call them minorities. They are our soul mates, they are our Afghan brothers and sisters and we feel so sad because they are leaving. We hope very much they don't leave. They stay in the country, we should work very hard to provide them security and that is the responsibility of the government.

Watching them leave the country, is sad and we all are sad. We never hope to see our brothers and sisters from Sikh and Hindu community to leave us, they are our soul mates, they are flowers of our garden and we will never call them minorities, they are Afghans.

It is sad that Afghans are being targeted by these terrorist groups. It is a threat are not only to them but to all of us. We hope very much that one day they will come back and live in their own country. We will not see that our citizens are forced to leave and that is a pain in our heart and we are forced to carry that.