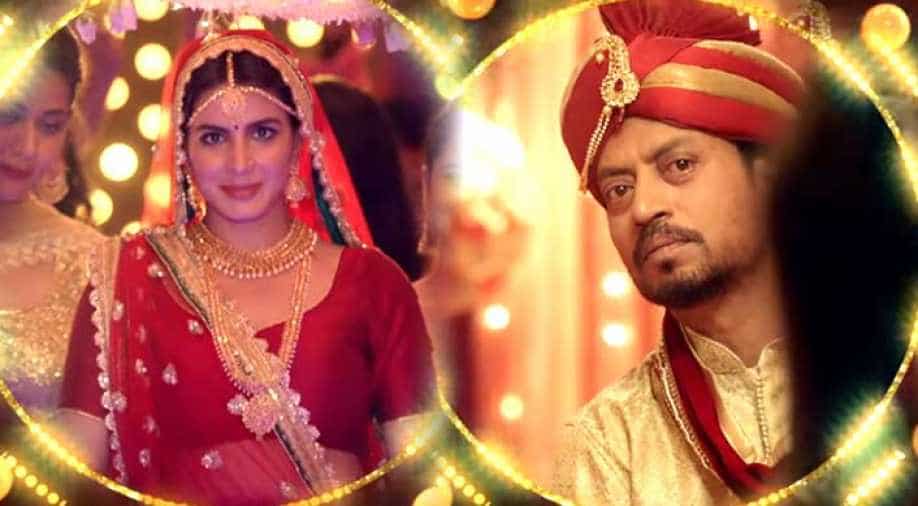 The song features Irrfan Khan and Kirti Kulhari teasing each other while getting married in the film. (Source: YouTube) Photograph:( Others )

Irrfan Khan and Guru Randhawa's hit combination is back to entertain the masses with yet another recreated version of a popular song Patola for Khan's upcoming movie with Kirti Kulhari titled Blackmail.

The newly released song features the two actors Irrfan and Kirti against the backdrop of their wedding while they can be seen engaging in a teasing, playful banter of glances and more.

Speaking about recreating his popular track for the film, the singer said, “Bhushan sir gave me a break with this song in 2015. The song became popular worldwide. People loved the song a lot. It’s a simple song which compliments a girl on her beauty and looks. Interestingly, in 2018, it has been turned into a celebration song in a wedding.”

Irrfan shared the song on his social media writing: “A song that is fun to watch and listen. Here’s @Guruofficial’s #Patola from #BLACKमेल."

On collaborating with Irrfan and Bhushan Kumar yet again, Guru Randhawa said, “It’s a great high for me to collaborate with Bhushan sir and Irrfan sir again after Suit Suit. I loved working with them earlier and it was the same now in Blackmail. I hope the song turns out to be as successful as Suit Suit”.

Produced by T-Series’ Bhushan Kumar and RDP Motion Pictures’ Abhinay Deo, Blackमेल is directed by Abhinay Deo. The madcap comedy is slated to release on April 6, 2018.