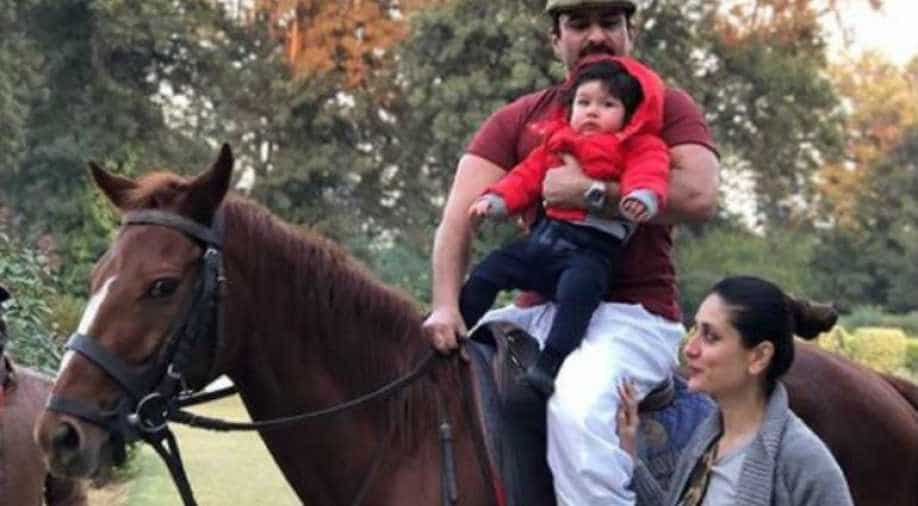 A photo of Saif Ali Khan, Kareena Kapoor and their baby Taimur that was shared by Karisma Kapoor. Photograph:( Instagram )

Karisma shared some warm family photos from the Pataudi Palace where the Khans and Kapoors have gathered to celebrate the little one's birthday. Kareena's mother Babita flew in with Karisma and her two children over the weekend to celebrate the special day.

The 'little prince' even went horse riding with his father on Monday.

Karisma also shared some images of the Palace on her Instagram stories.

Kareena had earlier told the media that the family would not be having a grand celebration. "It’s his first birthday and he should be with his family-- his parents and his grandparents. It’s going to be a small intimate thing," the actress had said.

Karisma Kapoor had also stated that the family was looking forward to an intimate celebration. “Yes, Taimur's birthday is arriving and it is a special moment for us. The family is really very excited and thrilled about the same. We will have a family get together of sorts, and will not be having a big celebration."