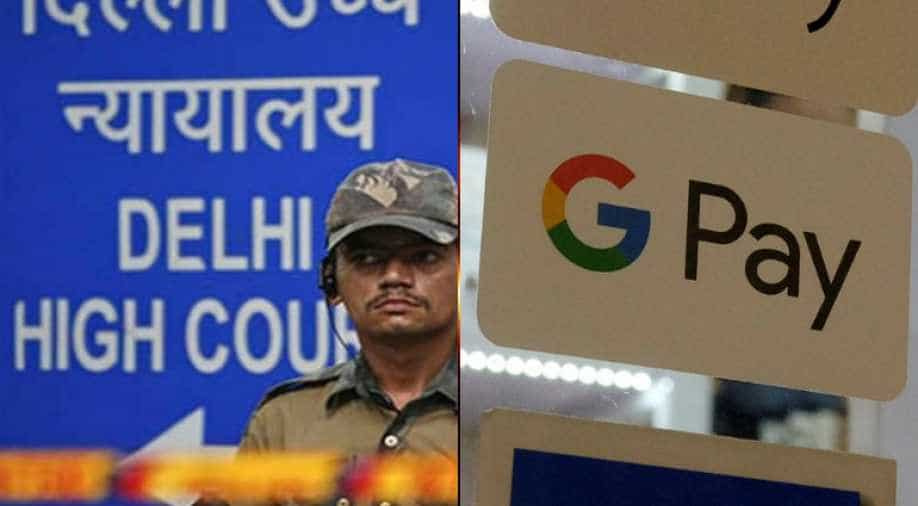 The court issued notice to RBI and Google India seeking their stand on the issue raised in the plea by Abhijit Mishra. Photograph:( Reuters )

Justice Asha Menon, who conducted the hearing through video conferencing, issued notices to the RBI, the Centre and Google India and granted them three weeks to file their responses.

The Delhi High Court has sought response of the Reserve Bank of India (RBI) and the Centre on a plea seeking action and suspension of operations of the Google India Digital Service in UPI through its application 'Google Pay' till it fully complies with interoperability.

Justice Asha Menon, who conducted the hearing through video conferencing, issued notices to the RBI, the Centre and Google India Digital Service Pvt Ltd and granted them three weeks to file their responses.

The petitioner approached the high court after Google Pay did not allow him to contribute to the PM CARES Fund, without making another VPA or UPI ID on its app.

Petitioner Shubham Kapaley tried to use his already existing VPA/ UPI ID for other transactions as well, however, the same issue of denial of interoperability persisted.

The petition alleged that Google India's app 'Google Pay' was flouting the rules of Unified Payments Interface (UPI) interoperability and that it does not allow new users to use their existing Virtual Payment Address (VPAs) or UPI ID on its platform, which the consumer might have created through other UPI platforms or apps.

As per an earlier NPCI circular, no merchant can/ shall force the customer to create a VPA or register for UPI to avail any services on a merchant app.

The plea claimed that Google Pay insists consumers to create a new UPI ID or VPA to use its platform and sought initiation of action against Google India Digital which is provisioning its services by way of this app in the country.

It sought to direct RBI and Centre to conduct a thorough third party and independent investigation of the app to check compliance of every directive and guidelines issued by National Payments Corporation of India (NPCI), which operates various digital payment instruments including UPI, and RBI.

The plea said that a hefty penalty of at least 10 times revenue of Google Pay, since the start of its operations in India, be imposed and be contributed towards Covid-19 Relief Fund here.