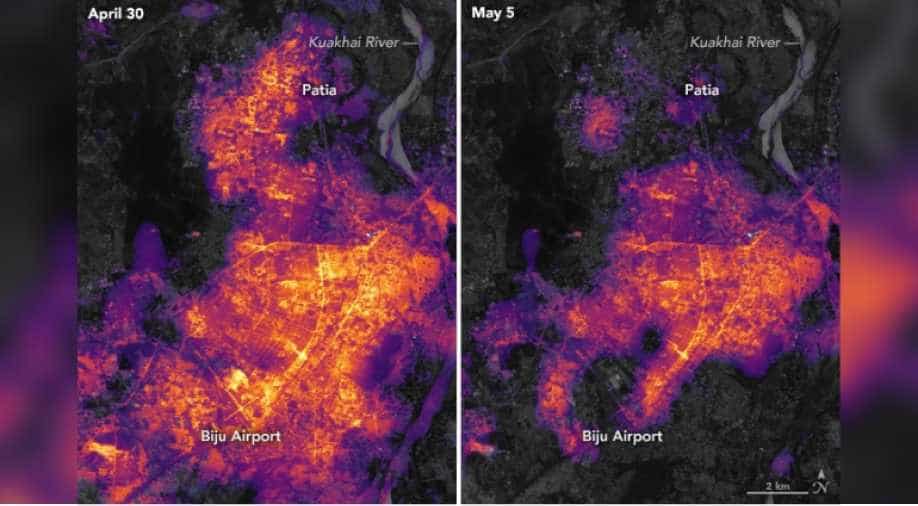 One of the worst-hit states was Odisha which is still reeling under the aftereffects of the cyclone Fani. The cyclone forced evacuation of a million people. The power supply was snapped due to the uprooting of electricity poles, damage to substations and transmission lines plunging parts of Odisha intro darkness for several days.

The images show city lighting on April 30 (before the storm) and on May 5, two days after Fani made landfall in Odisha. 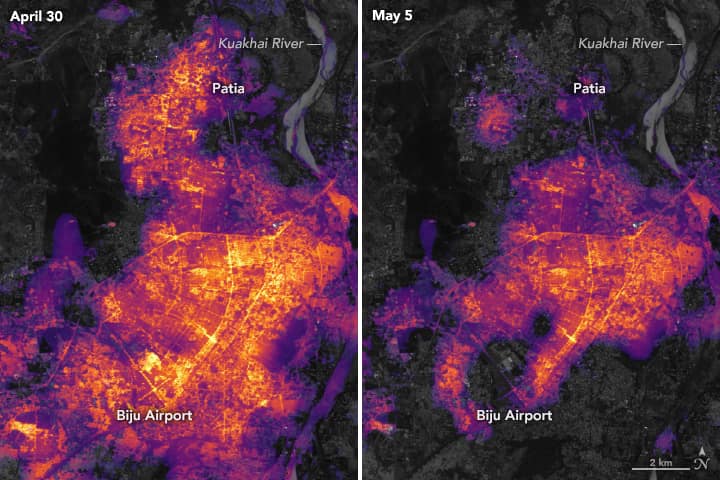 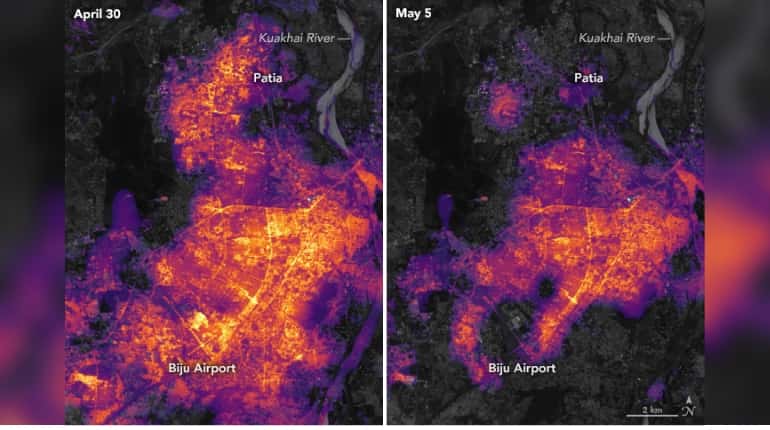 According to the report on NASA's earth observatory site, images have been made from data acquired by the Visible Infrared Imaging Radiometer Suite (VIIRS) on the Suomi NPP satellite.

"VIIRS has a "day-night band" that detects light in a range of wavelengths from green to near-infrared, including reflected moonlight, light from fires and oil wells, lightning, and emissions from cities or other human activity," the report read.

"A team of scientists from NASA's Goddard Space Flight Center and Marshall Space Flight Center processed and corrected the raw VIIRS data to filter out stray light from natural sources (for example, moonlight) and from atmospheric interference, such as dust, haze, and thin clouds."

According to latest report on restoration work in Odisha, the situation in 8 out of total 9 affected districts has improved and power and telecom services are gradually picking up in the worst affected areas of Puri and Bhubaneswar, government informed after review meeting with National Crisis Management Committee.

Telephone services in Puri have started functioning while BSNL and other Telecom Service Providers have also improved their mobile services.

The banking services have also resumed in Puri. Non-availability of power and telecom connectivity was hampering the functioning of some ATMs.