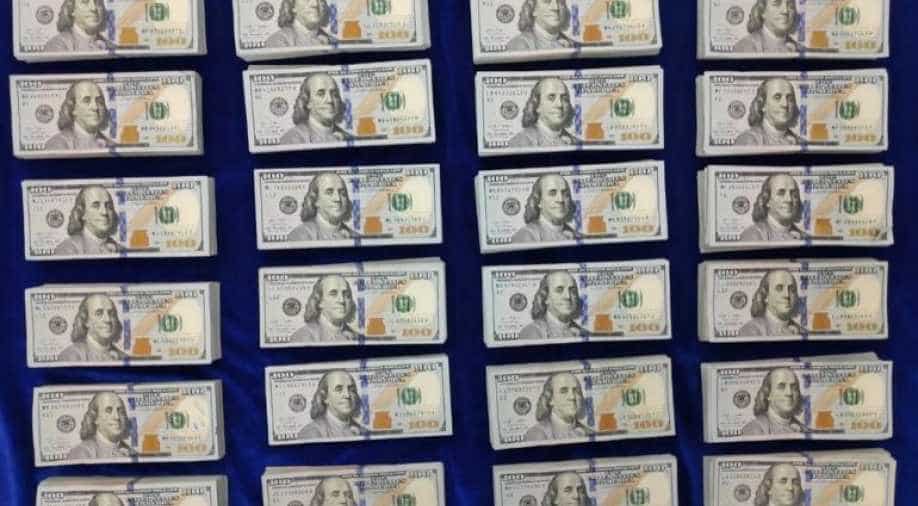 The dollars were in their highest denomination -of 100. The currency was ingeniously kept concealed in a special cavity in the backpacks which was not easily detectable.

In what is being regarded as one of the largest haul of foreign currency that was meant to be smuggled out of the country, customs officials at the Chennai airport seized 2.32 lakh USD that is worth Rs. 1.64 lakh crores.

On Monday night, based on information that an attempt will be made to smuggle out foreign currency in large quantity from Chennai airport, Air Intelligence officers maintained a special vigil at the departure terminal.

Early Tuesday morning three passengers Abubakkar(39), Abdul Kader (30) and Firoz (45) from Chennai, who were bound for Bangkok by Thai Airways flight TG 338, were intercepted by AIU officers after they had cleared Immigration and were proceeding towards Security hold area, as they appeared to be nervous and walking in a rather hurried manner.

On being questioned whether they had high-value currency to declare, they answered in the negative. On further enquiry and search 1.10 lakh USD was recovered from the backpack and 3700 USD from Abubakar's pant pocket.  Abdul Kader was found having 57000 USD in his backpack and 3000 USD in his pant pocket. 59000 USD were recovered from Firoz's backpack.

Speaking to WION, customs commissioner Rajan Choudhary said, "this is one of the largest seizure of foreign currency in recent times and it is this money that is used for buying gold and other valuables to smuggle back into India. This is basically like hawala money and the modus operandi is such that the three couriers who are being used don't know their handlers. We have learnt that they were handed the bags outside the airport by unknown persons (who identified them using photos) and they were meant to deliver the same to unknown persons in bangkok who would approach them after identifying based on their photos."

The dollars were in their highest denomination -of 100. The currency was ingeniously kept concealed in a special cavity in the backpacks which was not easily detectable.

On questioning, they informed that the currency was handed over to them by some unknown person outside the airport. All three appeared to be part of the same gang.