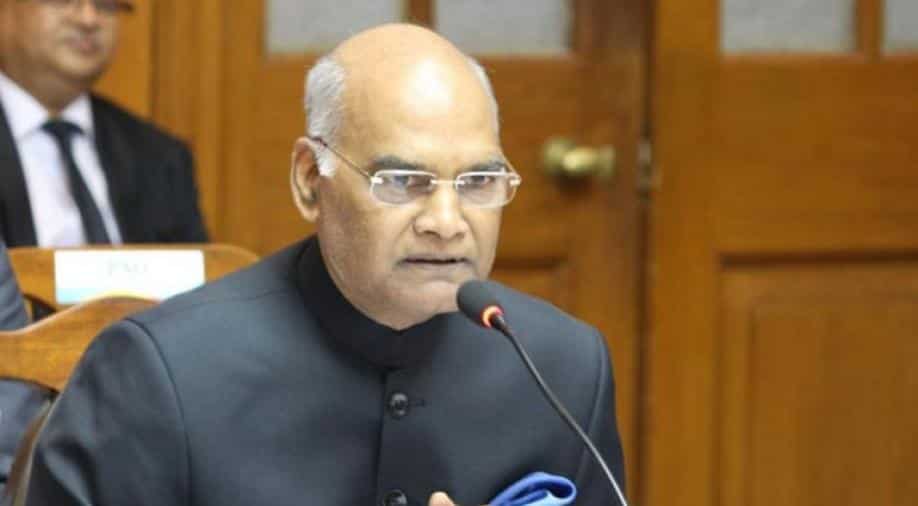 President Ram Nath Kovind on Saturday said one of the reasons of long delays in adjudication of cases in courts is the "culture of seeking adjournments as a norm" and judiciary is making efforts to curb the practice.

Highlighting the pendency of cases in various courts of the country, he said Indian legal system is marked by long delays and some of the reasons for it are infrastructure gaps and considerable vacancies, particularly in subordinate courts.

"India's judiciary is respected across the world as an upholder of justice for the defenceless. It is also true that our judges are overburdened by the sheer volume of cases. As a consequence, the Indian legal system is marked by long delays.

"There is a backlog of 3.3 crore cases in various courts of the country. Of these, 2.84 crore cases are in the subordinate courts. Another 43 lakh are in the High Courts and about 58,000 in the Supreme Court," the President said at the inaugural function of a conference being organised by the Supreme Court Advocates on Record Association (SCAORA).

"There is a culture of seeking adjournments as a norm rather than an exception. New thinking is gradually taking place on frequent adjournments. The judiciary is making sincere efforts to curb this practice," he said while expressing confidence that the entire legal fraternity will resolve not to seek adjournments except in absolutely unavoidable circumstances.

Chief Justice of India Dipak Misra released the e-journal of SCAORA and said it was the time that young lawyers, who are technically sound, should be allowed to argue in courts and old ones should leave the room for them.

Speaking on the topic 'Technology, Training and Infrastructure: Key to Speedy Justice' and 'The changing face of legal education in India', the CJI said technology enhances the quality of work by expediting routine cases where testimonies can be recorded technically and Indian courts are doing so.

He added that technological resources can aid in strengthening judicial database.

Attorney General K K Venugopal, who was also present at the event, requested the advocates not to go on strike saying they were in an honourable profession.

"It my genuine request to advocates, please do not go on strike. Its only for trade unions. We are not in a business, we are in an honourable profession," he added.

On Venugopal's suggestion given to the lawyers, the CJI said Attorney General is the leader of bar and once the leader has said something, treat it as a command.

Besides them, several Supreme Court judges, including Justices Ranjan Gogoi, Madan B Lokur and Kurian Joseph were also present.

Delivering his speech at the programme, Kovind, who once a member of SCAORA, said it was homecoming for him and the members of the association are the only ones entitled to act or plead before the Supreme Court on behalf of litigants.

He said in the past, governments and government agencies themselves were party to many cases of litigation but now efforts were being made to reduce the number.

"I must commend the government of India for making a sincere effort to reduce this number. Several remedial measures have been taken. Government has enhanced threshold for filing appeals in tax disputes in tribunals and courts," he said.

The President said technology can be a great enabler of justice and innovations like evening courts and family courts and the concerted effort made in delivery of speedy, fast-track judgements in cases of sexual crimes against women, are also noteworthy.

"On the path-way of the government's Digital India initiative, the Legal Information Management and Briefing System (or LIMBS) has been introduced as an online mechanism to monitor and streamline court cases, and to reduce the government's own litigation," he said.

The CJI said we must march with an eye of time and today is the time for technology as it is now getting connected with access to justice.

"A striking example which bears testimony to the efficient utilisation of technology is the establishment of e-committee of the Supreme Court way back in 2004 to work on computerisation of Indian judiciary.

"Employ technology for strengthening our administrative capacities to enhance our outreach to the consumers of justice and also to generate series of management reforms in handling pendencies and delays in courts," he said.

The CJI emphasised that infrastructure remains a primary concern as without it the commitment to justice for all cannot be realised.

He said there was a need to widen the network of courts to increase the geographical reach of common man, to provide basic facilities to litigants and required facilities for the lawyers.

The CJI said infrastructural gaps shall not be allowed to multiply and should be addressed at the earliest opportunity before it leaves a deep scar on the administration of justice and it becomes too late to act wisely.

Venugopal also said nowadays young lawyers, after graduating, can be seen arguing confidently before courts and women advocates are equally competent and there are as many women lawyers as men.