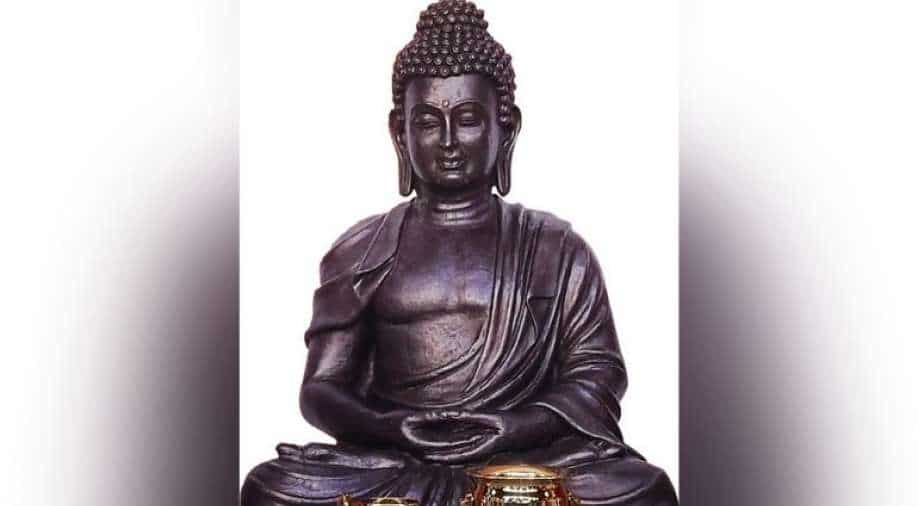 India has gifted a statue of Buddha to Bhutan on the birth anniversary of Guru Rinpoche, considered as the second Buddha. Born in the eighth century India, Guru Rinpoche also known as Guru Padmasambhava was responsible for spreading Buddhism to Tibet, Bhutan and other parts of Asia. The statue as part of cultural connect is being given by Indian Council of Cultural Relations (ICCR) to Bhutan.

Vinay Sahasrabuddhe, president, ICCR at a virtual session organised by ICCR and Indian embassy in Bhutan said that the statue,"symbolises not just our age-old cultural ties, but also our shared commitment to the values that Buddha taught us and the relationship between Bharat and Bhutan is laced with cultural bondage since time immemorial... What was destroyed in Nalanda and other similar places are the assets saved by your monasteries, stupas..we owe a lot to our friends in Bhutan."

The size of the statue of Lord Buddha in a lotus pose is 3.3 feet. It is made of bronze and weighs approximately 200 kg. It has been designed by renowned sculptor Naresh Kumar Kumawat.

At the virtual hand-over, Bhutan's Foreign minister Dr Tandi Dorji was present, who said, "This is a fitting tribute to our special relationship as the close bonds of friendship we enjoy today, have roots in our deep religious and spiritual connection."

He highlighted, that "Buddhism spread from its cradle in India and since its arrival in Bhutan, many great masters from India, most notable Guru Padmasambhava travelled to our country and blessed the land and its people."

Bhutan has many important places of pilgrimage associated with him including the Tiger's Nest monastery where he is said to have meditated. The Birth Anniversary of Guru Rinpoche is a national holiday in Bhutan and will be observed on Sunday, June 20 this year. The birth anniversary comes on the 10th day of the 6th lunar month, which is usually June or July under the Gregorian calendar.

At the virtual event, explaining how "Guru Rinpoche's philosophy lies at the heart of Bhutan" India's envoy to Bhutan, Ruchira Kamboj said, "Our embassy feels great honour to hand over the statue of Buddha from India to Bhutan especially on this auspicious occasion".

Pointing out the importance of teachings of Guru Padmasambhava, like faithfulness, contentment, ICCR Director General, Dinesh Paitnaik on the occasion, said, "When we look at India, Bhutan relationship, we see faithfulness is actually the best relationship". Adding, "India is seen as land of Buddhism...it is a matter of proud and honour for us but with it comes a sense of responsibility to promote Buddhism and propagate its values."

On Sunday, the statue will be physically placed at the Tashichhoe Dzong. The development comes a day after India and Bhutan signed a pact on the environment under which both sides will share best practices in areas like prevention of air pollution, waste management, and climate change. Both sides will also work on joint projects under the pact.