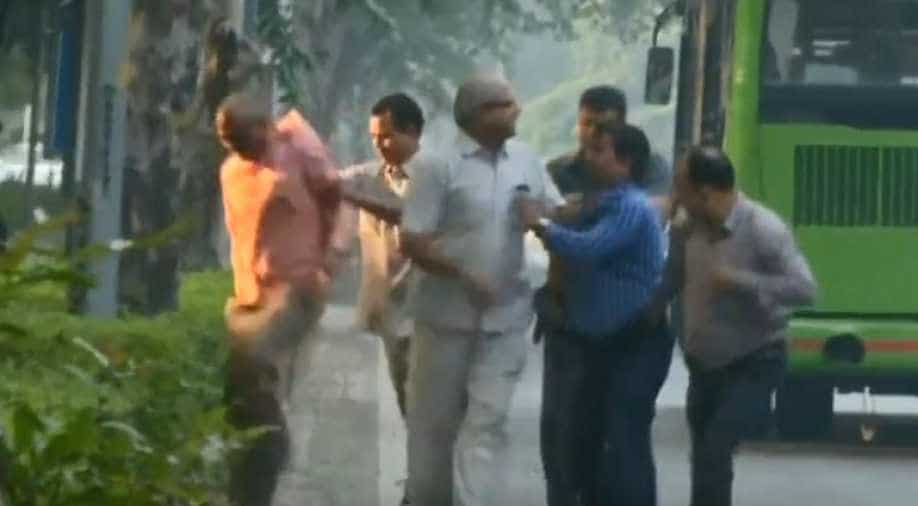 The four men were allegedly suspiciously lurking around the building and spying on Verma.

Four officials of the Intelligence Bureau (IB), suspected to be snooping on ousted CBI chief Alok Verma, who was divested of his powers and sent on leave by the government, were arrested outside his official residence in New Delhi on Thursday.

The IB officials have submitted their identity proofs and CGHS and Aadhaar cards.

The four men were allegedly suspiciously lurking around the building and spying on Verma.

The men were caught by his security personnel and handed over to Delhi Police. A case has also been filed.

#WATCH: Earlier visuals of two of the four people (who were seen outside the residence of #AlokVerma) being taken for questioning. #CBI #Delhi pic.twitter.com/2KnqNfrnH0

On Tuesday night, Central Bureau of Investigation (CBI) top boss Alok Verma and Rakesh Asthana, the special director who was the No 2 in the agency were asked to go on leave in the midst of an internal rift over bribery allegations against the latter. CBI joint director Nageshwar Rao took over the charge of the investigation agency as new interim chief.

Meanwhile, the Opposition alleged that CBI director Alok Verma was sent on a forced leave to cover up the allegations of the alleged Rafale scam.