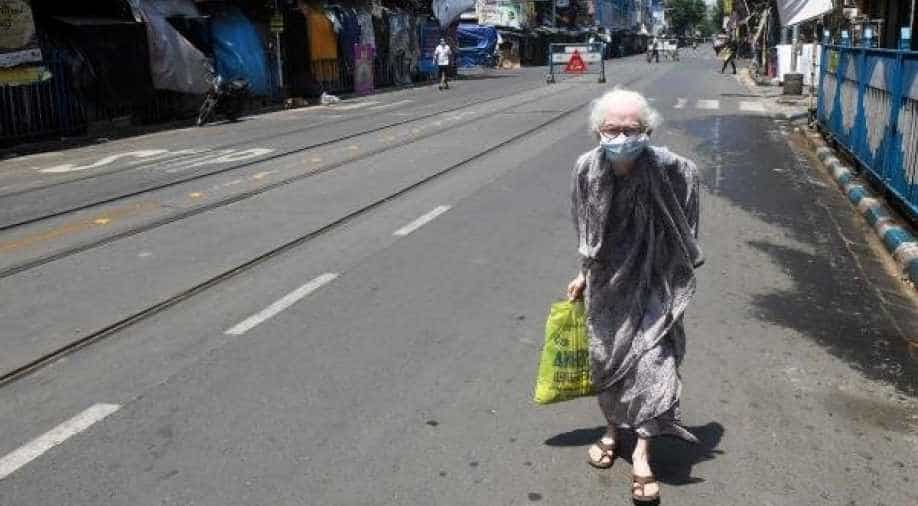 India saw yet another highest spike in the number of new coronavirus cases, as the Ministry of Health and Family Welfare reported 9971 new cases and 287 deaths in the last 24 hours.

Mumbai, which has been the epicenter of the country, reported 1,274 new cases and 57 deaths reported in the past 24 hours. The total number of cases has increased to 47,128 and death toll now stands at 1,575, according to the Greater Mumbai Municipal Corporation.

Delhi, another badly-hit city, reported an increase on 1,320 cases, taking total number of cases to 27,654 out of which 16,229 cases are active. A total of 761 people have succumbed to the virus so far. No death has been reported in the last 24 hours, reported Delhi Health Department.

A five-member committee formed by the state government has predicted that the number of cases in the capital can cross one lakh by the end of the current month.  "Delhi's doubling rate is 15 days. Based on our projections, the number of cases would increase. About 25 per cent of patients will require hospitalisation," an official stated.

However, Delhi Medical Association has locked horns with the Delhi Chief Minister Arvind Kejriwal, and has voiced their opinion against the alleged disrespectful treatment and allegations of the medical industry by the Delhi government.

Haryana's total number of cases rose to 3,952, with an increase of 355 cases. A total of 24 people have lost their battle against the virus.

Uttar Pradesh, too, saw a rise in the number of cases as the state government reported 382 fresh cases of and 11 deaths in last 24 hours, taking total number of cases to 10,103 and death toll to 268. Number of active cases stands at 3,927.

Assam saw an increase of 230 cases last night, taking the total number of cases to 2,473, including 588 discharged and 4 deaths, according to Assam Health Minister Himanta Biswa Sarma.

India now has world's fifth highest number of cases. There are more than 6.6 million cases and nearly 393,000 deaths worldwide.