Congress should prepare to fight on its own strength in Bengal: Rahul Gandhi 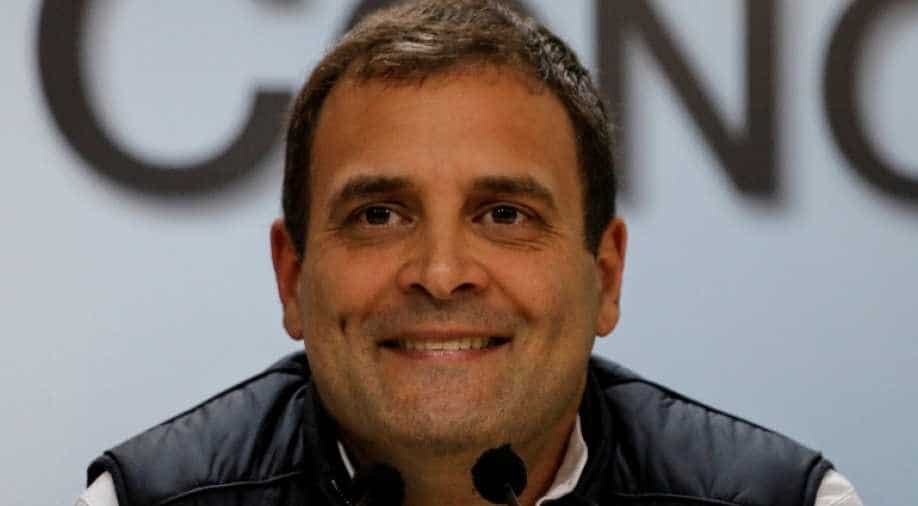 According to the West Bengal Congress president, Gandhi asked the party to start mass movements across the state against both BJP and TMC in order to protect the secular fabric of the state.

Congress president Rahul Gandhi Saturday asked the party unit in West Bengal to strengthen its organisation and prepare to fight "on its own" in the coming Lok Sabha polls.

He gave the mantra to the party unit at a meeting with PCC chief Somen Mitra and in-charge of Bengal, Gaurav Gogoi in New Delhi after discussing various organisational aspects pertaining the state unit.

"We have been asked to strengthen our party organisation in the state and prepare ourselves to fight on our strength in Bengal in the upcoming Lok Sabha polls," Mitra said in a statement after the meeting with the party chief.

West Bengal has a total of 42 Lok Sabha seats out of which Congress has four.

According to the West Bengal Congress president, Gandhi asked the party to start mass movements across the state against both BJP and TMC in order to protect the secular fabric of the state.

According to the state party sources, Mitra informed Gandhi about the "misrule" of the TMC and the "threat" of the BJP in the state.

The state Congress unit has also decided to hold a massive rally here in February next year.

"He (Rahul Gandhi) has also been informed about how the TMC is trying to undermine the achievement of Congress and Rahul Gandhi in the victory of the three Hindi heartland states," said a senior Congress leader.

The West Bengal Congress is of the opinion that the party's national president Rahul Gandhi and Sonia Gandhi should refrain from attending the proposed opposition rally to be held here by the TMC in January.

The ruling Trinamool Congress in West Bengal has called a rally of opposition parties on January 19 at the Brigade Parade grounds in Kolkata. All opposition parties, including the Congress, have been invited to it.

The Congress' state unit is upbeat after the party's win in Madhya Pradesh, Chhattisgarh and Rajasthan in the recent assembly polls.

The state Congress leadership has been vocal against the TMC also for not giving credit to Rahul Gandhi for the grand old party's victory in Madhya Pradesh, Rajasthan and Chhattisgarh.

It had also ridiculed the TMC, saying its leaders were having "sleepless nights" fearing that their dream of Mamata Banerjee becoming the prime minister might not be fulfilled.