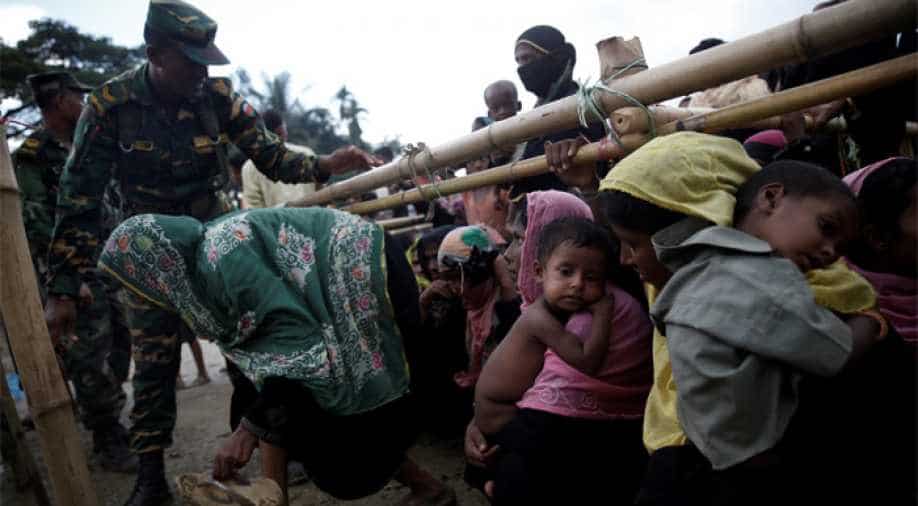 The decision was taken after the Border Security Force headquarters here obtained approval from the Home Ministry, they said.

The Border Security Force Tuesday handed over the 31 Rohingya Muslims, who were stranded on the India-Bangladesh border for three days, to the Tripura police, ending a standoff with its counterpart, the BGB, on the issue, officials said.

They said the border guarding force signed papers and handed over the 31 Rohingyas to the staff of the Amtoli police station in West Tripura district police at 11 am.

The decision was taken after the Border Security Force headquarters here obtained approval from the Home Ministry, they said.

The Rohingya Muslims were stuck in no man's land, beyond the barbed wire fence along the Indo-Bangladesh border in Tripura since Friday last.

The situation had led to a blame game between the BSF and its counterpart -- Border Guards Bangladesh (BGB) -- with the two sides accusing each other of pushing them into their territories.

The BSF had been providing "comfortable" temporary accommodation at Rayermura, where they were detained, about 15 km from Agartala, in West Tripura district, officials had said earlier.

The 31 detained Rohingyas include six men, nine women and 16 children. They were stuck at 'Zero Line', beyond the border fence.

The barbed wire fence along the Indo-Bangladesh border is 300 feet inside the Indian territory.