Bodh Gaya blast in retaliation to alleged atrocities against Rohingyas in Myanmar: NIA to court 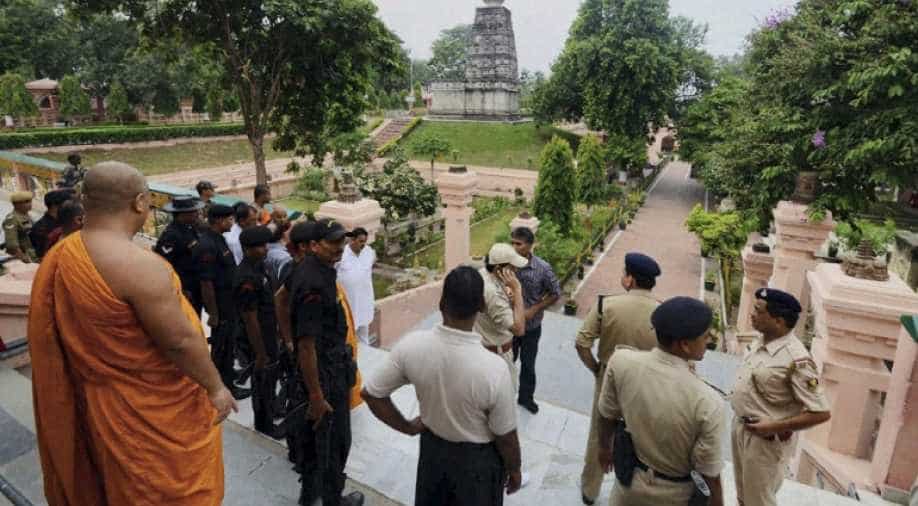 It said Bangladesh-based terrorist group Jamaat-ul-Mujahideen was responsible for hatching the conspiracy to attack Bodh Gaya temple and other symbols of Buddhist faith.

The Bodh Gaya blast in 2018 was carried out in retaliation of alleged atrocities against the Rohingyas in Myanmar and to overawe the Indian government by the terrorist act, according to a supplementary charge sheet filed on Monday in a Patna court by the NIA.

It said Bangladesh-based terrorist group Jamaat-ul-Mujahideen was responsible for hatching the conspiracy to attack Bodh Gaya temple and other symbols of Buddhist faith.

In the charge sheet, the National Investigation Agency (NIA) named six people behind carrying out the attack.

One of them is Bangladesh resident Md Jahidul Islam, and the other five are Md Adil Sheikh, Dilwar Hossain, Abdul Karim, Mustafizur Rahman and Arif Hussain from West Bengal, according to a statement issued Monday.

The NIA said the investigation has revealed that Md Jahidul Islam alias Kausar along with the other accused formed a terrorist gang and hatched a conspiracy to plant IEDs in the Bodh Gaya temple complex and other symbols of Buddhist faith.

"The motive was to attack symbols of Buddhism in retaliation to the alleged atrocities committed on the Rohingyas in Myanmar and to overawe the government of India by the terrorist act," it said.

"In furtherance of the conspiracy, the accused persons contacted and assembled at various places, took hideouts at Jehanabad and Masaurhi, recceed Bodh Gaya temple complex, procured the explosives and other materials for fabrication of the IEDs," it said.

CCTV footage of the Bodh Gaya temple complex along with evidences collected during the probe established that Adil Sheikh, Dilwar Hossain and Arif Hussain planted the IEDs in and around the premises of the Mahabodhi temple complex in Bodh Gaya on January 19, 2018, to cause loss of life and property during the auspicious

presence of Dalai Lama and also during the visit of the Governor of Bihar and thus committed a terrorist act, it said.

Dilwar Hossain also put one of the IEDs (hand grenades) in the cistern of a public toilet near Kalachakra maidan which was later recovered, the NIA said.

The investigation also established that the accused used fake and assumed names for travel and for renting hideouts, and used protected text for communication to conceal their real identities. The designs of the conspiracy to wage war against the government, it said.

The probe agency said that investigation also brought out that Jahidul Islam is a Bangladeshi fugitive who was staying in India without any legal documents and used different fake IDs.

It has been revealed that after committing the act of terror, the accused escaped and were hiding in various locations in and around Bengaluru and other places.

"The accused persons also committed a number of dacoities in and around Bengaluru in order to raise funds for their criminal activities. Accused Arif Hussain is still absconding and investigation against him continues," the NIA said.