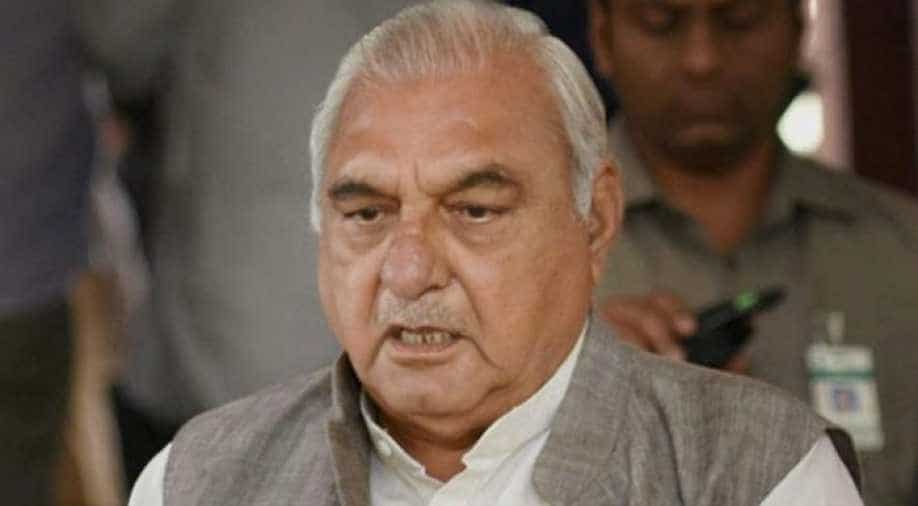 Bhupinder Singh Hooda slammed the Congress for its stand on the revocation of Article 370, saying the party has lost its way.

Former Haryana chief minister and senior Congress leader Bhupinder Singh Hooda has announced a committee to decide the political future of his faction.

There were speculations that Hooda may announce his own political outfit or join another party, however, he opted for the 25-member panel to decide the future course of action for him.

The committee will include 13 sitting MLAs and 12 other important state leaders. He is likely to announce the committee's decision within a week.

Hooda's loyalists have been demanding that the former chief minister be made the Haryana party chief in place of Ashok Tanwar.

Bhupinder Singh Hooda also slammed the Congress for its stand on the revocation of Article 370, saying the party has lost its way.

He said he belongs to the family of freedom fighters and for them national interests are supreme.

Asking the people of Haryana to oust Manohar Lal Khattar government, he announced various sops like - increasing old-age pension, giving free power up to 300 units for BPL families and making wheat and rice available at Rs 2 per kg for such families.

Meanwhile, Khattar also kicked off Jan Ashirwad Yatra on Sunday. He will reach out to people of the state during the 22-day journey till September 8. Assembly elections will be held in Haryana later this year.

(With the inputs from agencies)