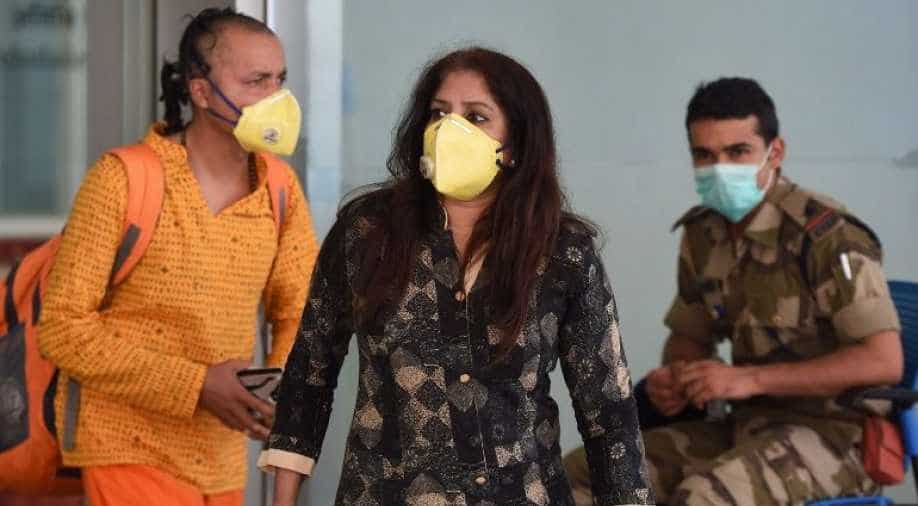 CISF personnel and passengers wear protective masks, in wake of the deadly novel coronavirus, at the airport. Photograph:( ANI )

Five people in Kerala have tested positive for COVID-19 on Sunday, taking the total number of confirmed cases in India to 39.

As the world struggles to contain COVID-19, Kerala government has been praised by the BBC panel for its efficient and effective handling of the deadly virus.

The panel highlighted how Kerala efficiently managed to contain the outbreak and how the people and government prepared or responded to it.

BBC news discusses how Kerala tackled the Corona virus and continues to do so. Shows once again why an efficient primary healthcare system is important.

Kerala successfully handled the country’s first three positive cases, all medical students from Wuhan where the virus broke out, having followed a rigid protocol, including a 28-day quarantine to contain the spread of the infection.

The state Health Minister K.K. Shailaja had explained that the health department officials traced people who returned to Kerala from infected areas and isolated them even if they had minor symptoms.

Meanwhile, five people in Kerala have tested positive for COVID-19 on Sunday, taking the total number of confirmed cases in India to 39.